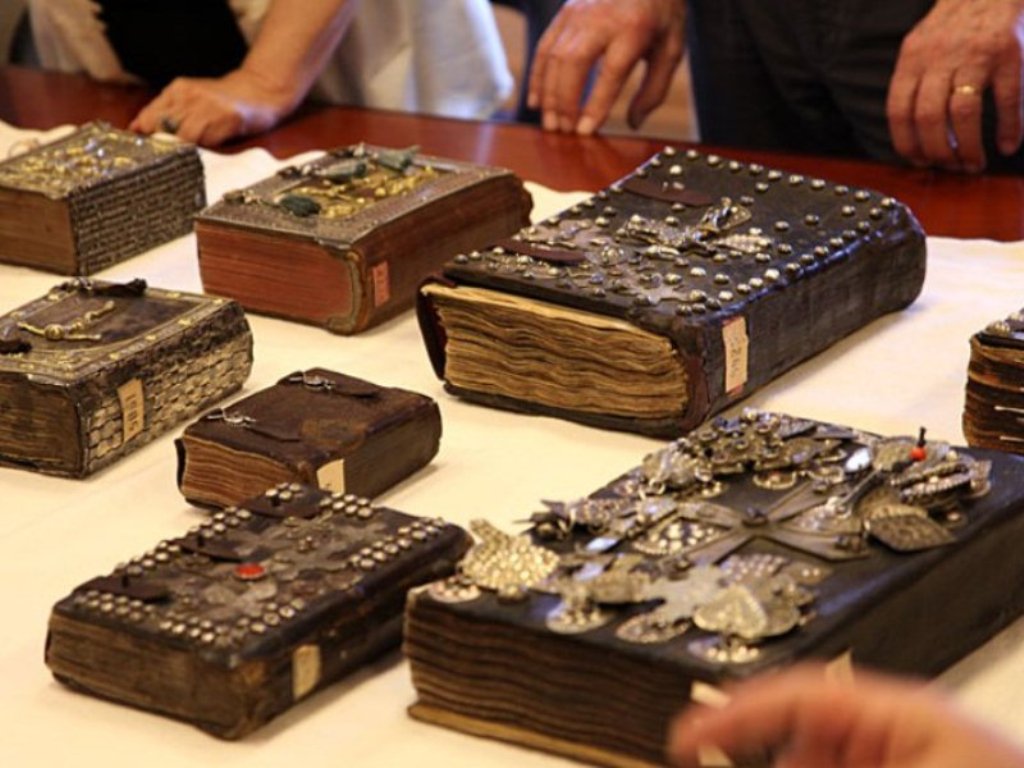 Due to its geography, Armenia, which is located between the East and the West, was always the place of collisions between great empires of antiquity and the Middle Ages. During the more than 2,000 year-old history of Armenia many of these great empires has crossed the country and destroyed the cultural development of Armenia. As a result of these invasions, the culture of Armenia has been influenced and has undergone many changes. For a period of time the country had been torn apart, which has also left a deep imprint in its culture.

Despite this, Armenians have managed to preserve their culture and traditions, as well as their ethnic identity. It should be noted, though, that the culture of the country is diversified and includes features both of eastern and western civilizations.

The culture of Armenia is unique in many ways. Some of the most significant features of the culture of our country are reflected in the most artistic fashion, in needlework, embellishments, carvings and design. Armenians acknowledge the importance of their culture for the survival of a small nation. The nation remains loyal to their traditions, their cultural heritage, as well as their mother tongue.

Armenian culture has always been and still remains a means of maintaining a sense of national unity, not only in Armenia, but also the international Armenian community.

The Art of Armenia has developed over 4,500 years. This truly unique form of art was founded by the first inhabitants of the Armenian Highland.

Over the centuries the architecture and miniature painting of Armenian have dominated Armenian artistic production and have shown consistent development. The mosaic floor in the bathroom of Garni, as well as the paintings in ancient temples are the first evidence of the national art. The most vivid examples of Armenian art include sculptures; frescoes, mosaics, and ceramics; metalwork and engravings; textiles; music; and printing.

Without doubt, the period from the ninth to the sixth centuries BC, when Armenia was known as the Kingdom of Van or Urartu, was one of the most important periods of Armenian art. A number of citadels, temples, irrigation canals, carved stone seals, glass, ceramics, jewelry and arms, characteristic for this period are still standing.

The culture of Armenia, its history, and changing geography has greatly influenced Armenian art. The art of the country was also affected by other important events, including the adoption of Christianity in 301 AD and the creation of the Armenian alphabet in 405-406 AD by Mesrop Mashtotz.

One of the world famous Armenian painters is Hakob Hovnatanian, who has his special place in Armenian art.  He was born in Tiflis in 1806. With his portraits Hakob Hovnatanian has opened a new page in Armenian modern painting. More than fifty of the artist’s portraits painted from the late 1820’s and the early 30’s down to the 70’s, have been preserved. Some of his works are shown in the collections of the State Art Gallery of Armenia in Yerevan and the Fine Arts Museum of Georgia.

The painters of the second half of the nineteenth century, educated in Europe and Russia, introduced in Armenia painting genres such as landscape, still life, historical composition. Works of Ivan (Hovanes) Ayvazovsky (1817-1900 ), Gevorg Bashindjaghian (1857-1925), Vardges Surenyants (1860-1921), Edgar Shahin (1874-1947) are also presented at the National Gallery of Yerevan.

Martiros Sarian (1880-1972) is the most significant painter of the twentieth century, the founder of the school of modern painting. His works mostly include portraiture, still life, and landscape. The modern Armenian art is influenced by the years of independence, represented by a new generation of painters V. Tovmasian, G. Khachatryan, S. Amalbashian, G. Mikaelian, K. Andreasi and others.

The existence of Armenian literature begins in the V century, with the creation of the Armenian alphabet by Mesrop Mashtots in 405-406. It should be noted that literature existed in the country in the form of oral poetry. Songs and legends of the time are mentioned in the book History of Armenia of the 5th century by Moses Khorenaci, who is considered the father of Armenian historiography.

The 5th century is considered as the Golden Age in the history of Armenia. The first book written in Armenian is the translation of the Bible from Greek into Armenian. Later it became known as the Mother of the translations. After the invention of the alphabet numerous works of philosophers and clergy were translated into Armenian. During this period the literature in Armenia was about religion and history.

The folk epic David of Sasun first appeared in the tenth century, when the country was liberated from the Arab occupation of Armenia. During this period the people in the country started to talk about a great hero, who would be able to liberate the country. The work reflects the struggle for independence against the Arabs. The tale was finally written down in 1873 by Archbishop Karekin Servantzdiants.  Later there were also other versions of the tale, the most famous of which is the one written by Hovhannes Toumanian in 1902.

Religion was the main topic of literature in Armenia in the medieval period. One of the most famous representatives of Armenian literature is Gregory of Narek, who is the author of elegies, odes, panegyrics, and homilies.

In the eighteenth century in Armenian literature is known as the period of love poetry. The most significant representative of this branch of literature in Armenia is Sayat Nova (1719-1795). Later, in the nineteenth century Khachatour Abovian started the modern Armenian literature with his patriotic novel “The Wounds of Armenia”. He had abandoned the classical Armenian and adopted the modern for his works, thus ensuring their diffusion.

The literary tradition of Khachatur Abovian, Miakel Nalbandian and Raffi was continued even as Armenia came under Communist rule.  The revival of tradition was carried out by such writers and poets as Hovhannes Tumanian (1869-1923),Avetik Isahakian (1875-1975), Vahan Terian (1885-1920) and many more.

The Genocide and the Armenian history of the 1920s was more openly discussed in literature by such writers as Paruyr Sevak, Gevork Emin, Silva Kaputikyan and Hovhannes Shiraz.

The modern literature or the literature of the period of independence reflects the reality of the country. Taking into consideration that Armenia is in the process of integration into European Union, Armenian literature reflects it. Today literary magazines and newspapers such as Nork, Narcis, Garun (Spring) and others are published. Poets like Armen Martirosyan, Vahan Vardanian, Sona Van, Shant Mkrtchian has developed new styles in Armenian literature.

Along with popular music songwriters ancient and medieval Armenia songwriters presented music in all its forms: peasant songs, rituals, epic-heroic, lullabies, exile (Antuni), satirical, despite their apparent dislike of expression they are rhythmic and melodious. The repertoire of national and patriotic songs are still popular to this day.

Armenian church music that inherited the traditions of peasant song, has been developed into beautiful melodic songs for the choir (Sharakan).

In the late seventeenth century developed the art of Armenian ashughs (troubadours) generally on issues of love and everyday life. In the eighteenth century the most famous representative of ashugh was Sayat Nova (1722-1795). In the nineteenth century Armenian music began to develop more impulsively. Komitas (1869-1935), a talented musician and musicologist opens a new era in the history of Armenian music by tracing the path of musical folk art.

In 1868 first Armenian opera Arshak II by Tigran Chukhadjyan was founded. Alexander Spendarian (1871-1928), the pupil of Rimsky-Korsakov laid the foundations of national symphonic music before creating the opera Almast (1928), engendering the modern Armenian classical music. Armen Tigranian on the basis of popular music in 1912 created the opera Anush. The development of liturgical choral music by Armenian Patarag for Makar Yekmalian was a generalization of the experience and traditions of religious music.

Aram Khachaturian (1903-1978), author of famous works for piano Toccata, Waltz from Masquerade Suite Ballet Dance of sabers of Gayane ballet played a big role in the dissemination of Armenian music all over the world.