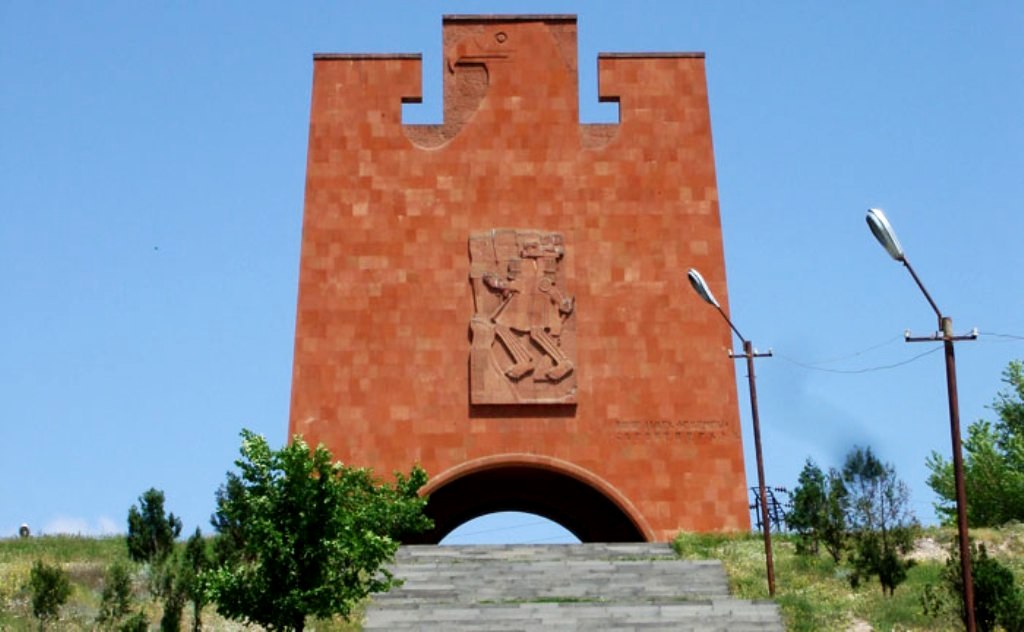 On your way to Echmiadzin, the holy city of Armenia, you can see a huge monument, made of orange tufa. The Musa Ler Memorial is the symbol commemorating  the defenders and heroes of Musa Ler defiance during 1915 Armenian Genocide tragic events. One can also find the museum of the above mentioned heroic resistance.

The inhabitants of historical Musaler village who lived  on the shores of the Mediterranean Sea in ancient  Armenia decided to disobey and climbed up to the top of the mountain Musadagh organizing a remarkable self defense. And for 40 days they resisted against the Turkish armed regular troops.

It’s interesting to know, that every year in September celebratory events are held at the memorial. The celebrations are accompanied by Armenian national food called “harisa.” It’s a famous dish made of wheat and hen in most of the cases. Like “Khash” it’s prepared all night long and served early in the morning.

In total, only 14 families have the right to cook that dish for the commemoration day. That right is passed from father to son. Noticeable Austrian writer, novelist and poet Franz Werfel wrote his epic work the “Forty Days of Musa Dagh” carrying on a prominent research to get closer to the abovementioned historical defiance. It is devoted to the heroic resistance of Musa Dagh. After being published initially in German,the English version of the book appeared in bookstores in year later. It’s also important to mention that later on Turkish translation of the book was also published.