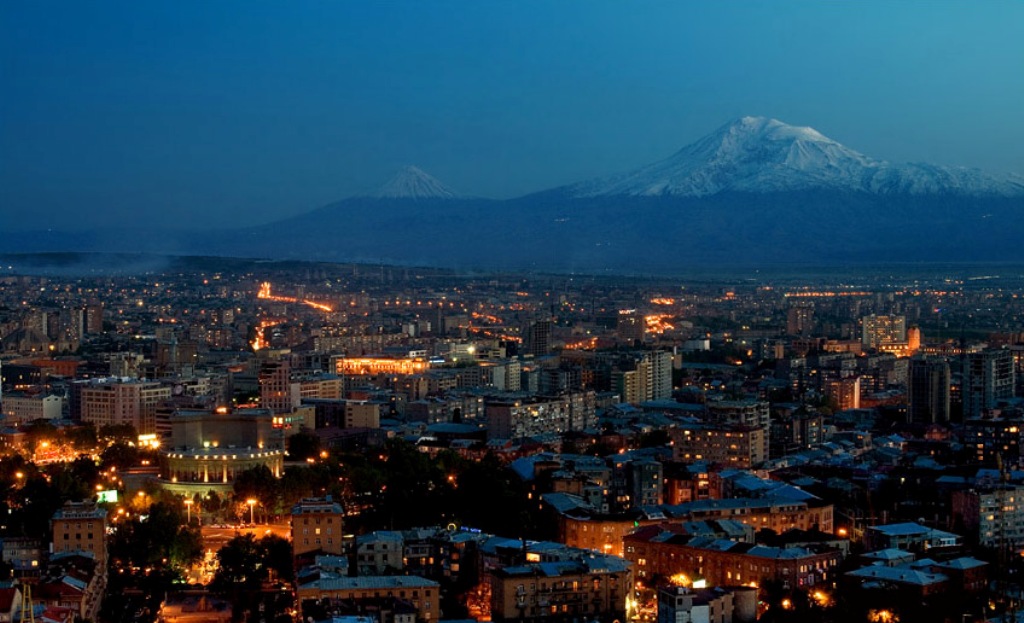 Armenia is a small country with territory of 29.800sq/km. It is situated on the border of Europe and Asia, and borders with Turkey, Azerbaijan, Iran and Georgia. The capital of Armenia is Yerevan. Armenia is divided into 11 regions (marzes).

The population of Armenia is 3.2 million people. The country has a very homogeneous ethnic composition, 97.9% of the population are of ethnic Armenian origin. Among other minorities are Russians, Yezidi, Assyrians, Ukrainians, Greeks, Georgians, and Belarusians. It’s important to mention, that 8 million Armenians live worldwide. Armenian Diaspora was formed after Genocide, committed by Ottoman Empire in 1915, when thousands of Armenians had to leave their homes. The largest communities are in Russia, France, Iran, United States, Georgia, Syria, Lebanon, Argentina, Uruguay, Brazil, Venezuela, Australia, Canada, Cyprus, Ukraine, Israel and Egypt.
Culturally, historically and politically, Armenia is considered to be a part of Europe. However, due to its location in the southern Caucasus, on the conventional boundary between Europe and Asia, we can say that it’s an intercontinental country. Endowed with rich cultural heritage, Armenia is considered to be the first country to officially accept Christianity in the IV century (301). Armenia has no access to the sea, and is a mostly a mountainous country. It has mountain rivers and few forests, extinct volcanoes, deep canyons, high plateaus, formed from lava, crossed by deep ravines. Most of the country is located at 1800 meters above sea level. The highest point is Mount Aragats (4092m), while the lowest is located in Debed valley (400m).
The land is unstable and prone to earthquakes of 3.5 points of magnitude. In 1988 a strong earthquake of 7.5 points shook the north-west of Armenia causing more than 25,000 deaths.
Armenia is rich in minerals such as gold, silver, copper, iron, molybdenum, construction materials and salt.
CLIMATE

Armenia stands out with a large variety of landscapes, including 7 geographic zones, from deserts and semi-deserts to alpine and subalpine meadows. Because of the numerous mountain formations, which block the influence of seas, and the high location of the territory above sea level, the climate is continental with a large difference between the seasons, including hot summers and cold winters. Average summer temperatures exceed 25 º C, while in winter the temperature is  -5 º C. The best time to visit the country is from April to October.
POLITICAL SYSTEM

Armenia, the history of which goes into one of the oldest civilizations in the world is a post-Soviet republic, today unitary, democratic state, a presidential republic, governed by the Constitution, which was adopted after the national referendum in 1995.
Armenia is currently a member of more than 35 international organizations, including the United Nations, Council of Europe, the Community of Independent States, Organization for Security and Cooperation in Europe.
LANGUAGE

The official language is Armenian, while Russian and English are also frequently used. Armenian language is a separate branch of Indo-European language family, between groups of Slavic and Greek languages. The Armenian alphabet, created by Mesrop Mashtots in 405 AD, has been used until now, without any changes over the centuries. To enter the territory of Armenia you need a visa which you may obtain contacting the embassy or consulate of Armenia in your country or can get it right in the Zvartnots airport. The border police will formulate all necessary documents pertaining to a visa.
TRANSPORTATION

The best way to arrive in Armenia is by air. Airplanes arrive from Europe in the international airport Zvartnots. There is a possibility to rent a vehicle with or without driver to move around the country. It is also possible to use our proposal, which includes all services: transportation, hotels, meals, guided tours.

Country code – + 374 + city code (10 for Yerevan). Calls abroad are made by dialing 00 + country code + desired number. It is also possible to order an international call by dialing 107.
TIMEZONE

January 28 – Day of the Armenian Army

April 7 – Day of Maternity and Beauty

May 9 – Victory and Peace Day

May 28 – Day of the First Republic