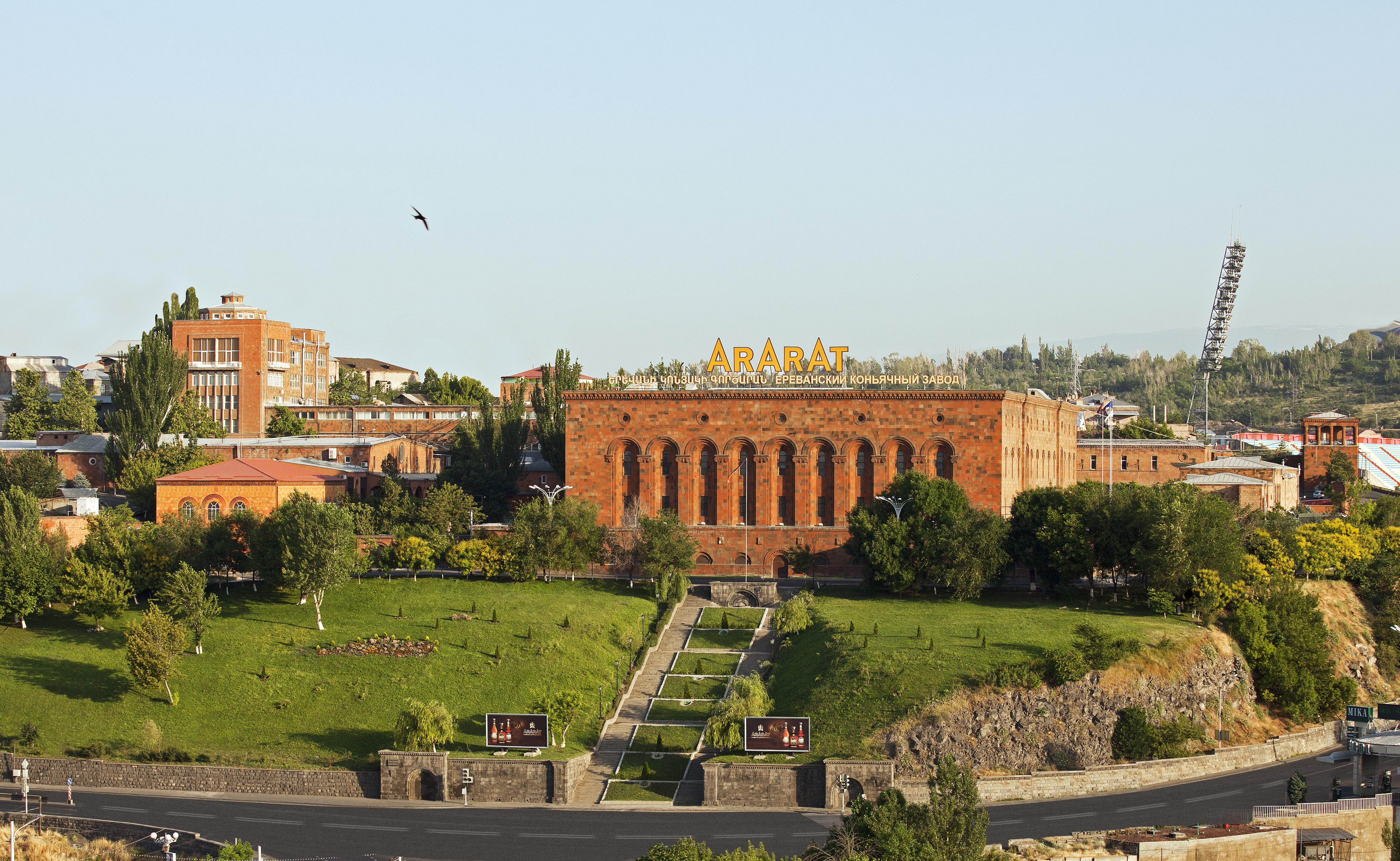 According to a legend, the Armenian land is the cradle of winemaking, the first winemaker was Noah who has left his ark at the foot of Mount Ararat, and has planted the first vines. Ararat valley grapes are the finest in Caucasus. The main brand is Ararat and here are legendary Ararat Armenian cognacs (brandy). The combination is so successful because of the unique microclimate of the Ararat valley. Ararat brandies have a variety and a broader spectrum of taste. There is a memorable event connected with Armenian brandy’s unique taste. During the Yalta Conference, Winston Churchill was so impressed with the Armenian brandy, Dvin, given to him by Joseph Stalin that he asked for several cases of it to be sent to him each year. Ararat brandy has a rich history.  In 1887, merchant Nerses Tairyants founded the cognac production in the first Armenian wine and brandy factory, built by him in 1877 in the territory of the ancient fortress of Yerevan. In 1899, Nikolay Shustov, a well-known Russian vodka and liqueur producer, bought the factory. Under Shustov, there was a rapid development and increase of production. During those years more than half of all brandy consumed in Russia came from the Yerevan Brandy Factory. Shustov and Sons began marketing Armenian brandy throughout Eastern Europe. In 1920, the factory was nationalized and renamed in Ararat Trust.
In 1953 the production of cognac left the wine and settled in a new monumental building (the present building) on the higher plateau at the end of Victory Bridge in Yerevan. It is perfectly fitted for all conditions for the production of high quality brandy. Since 1998, the Yerevan Brandy Factory is owned by the Pernod Ricard group, an international corporation that owns a number of famous trade marks of alcoholic beverages. It is worth mentioning that during such a short period of time the cognacs produced by the factory have been awarded with numerous diplomas and medals.

Ararat Brandy is distinguished by some characteristic features, among which – amber-colored, aroma saturated, rich taste with a velvet texture, lasting flavor.

Over the last few years the Yerevan Brandy Company has been visited by many prominent politicians, stars, theater and film directors, composers and musicians such as Michel Legrand, George Benson, Emir Kusturica, Peter Gabriel, Garou, Ian Gillan, Tony Iommi, and others. HOW TO GET THERE?

Yerevan Brandy Company is situated near Hrazdan gorge, on the hill near Victory Bridge, opposite “Metropol” hotel. The address of the Company is: Admiral Isakov ave, 2.