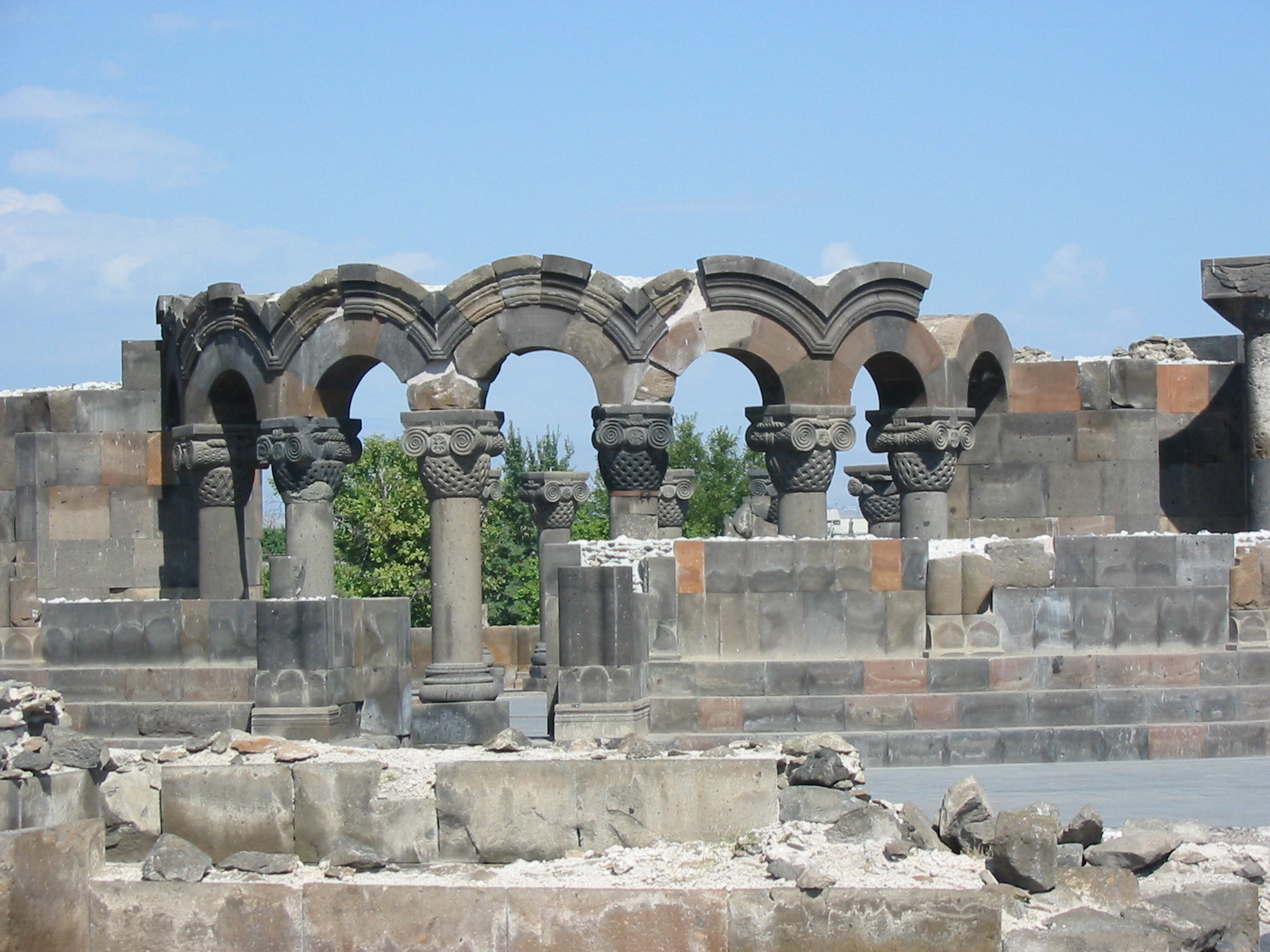 This architectural wonder was built in the years 643-652. Construction of the cathedral began in 642 under the leadership of Catholicos Nerses III (or Nerses the Builder). Zvartnots is a ruined seventh century circular cathedral. The majestic cathedral was dedicated to St. Gregory the Illuminator and built on the site where it is assumed that the encounter took place between King Trdat lll and St. Gregory. It is located about 15 kilometers west of Yerevan, at the edge of the town of Echmiadzin. A terrible earthquake in 930 left it in ruins and the buried remains were discovered in the early twentieth century. The site was excavated in 1901-1907 and the famous architect Toros Toramanyan managed to reconstruct the original appearance of the temple.

Along with the churches of Echmiadzin, Zvartnots was registered in the list of World Heritage by UNESCO in 2000.