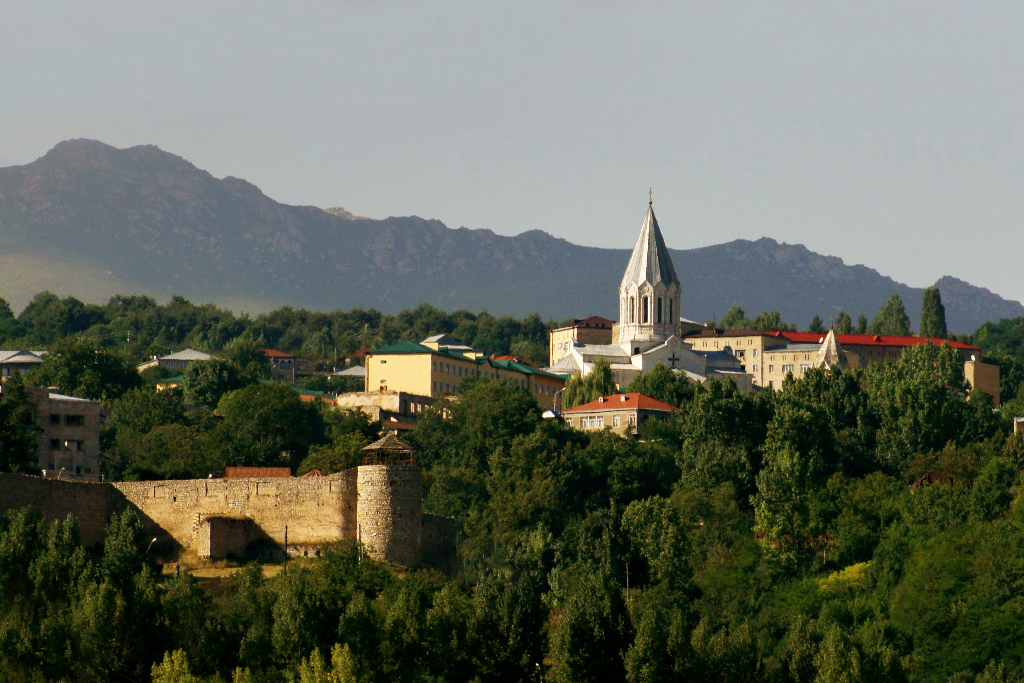 The city of Shushi is a city-spectrum in Nagorno-Karabakh or Artsakh (Armenian name for Nagorno-Karabakh), 10 kilometers from the capital city Stepanakert. Situated on a high plateau (about 1400 m), it is surrounded by rocks from three sides. By medieval times, from at least the 9th century AD, Artsakh has been a stronghold of Armenian national identity. The first mention of Shushi dates back to early eighteenth century. Since 1857, Shushi grew strongly and soon became one of the cultural centers of the Caucasus. In March 1920, after fierce fighting the Turkish forces invaded Shushi. Some 20,000 Armenians were killed and the city was burned to the ground.

In the second half of the nineteenth century, the cathedral St. Amenaprkich (Amenaprkich is the Armenian word for “Omnirescuer”) Ghazanchetsots (1868-1887) was built in Shushi.  The Cathedral has a facade of white limestone. Its architect, Simon Ter-Hakobyan, intended this white church to resemble Echmiadzin Cathedral.