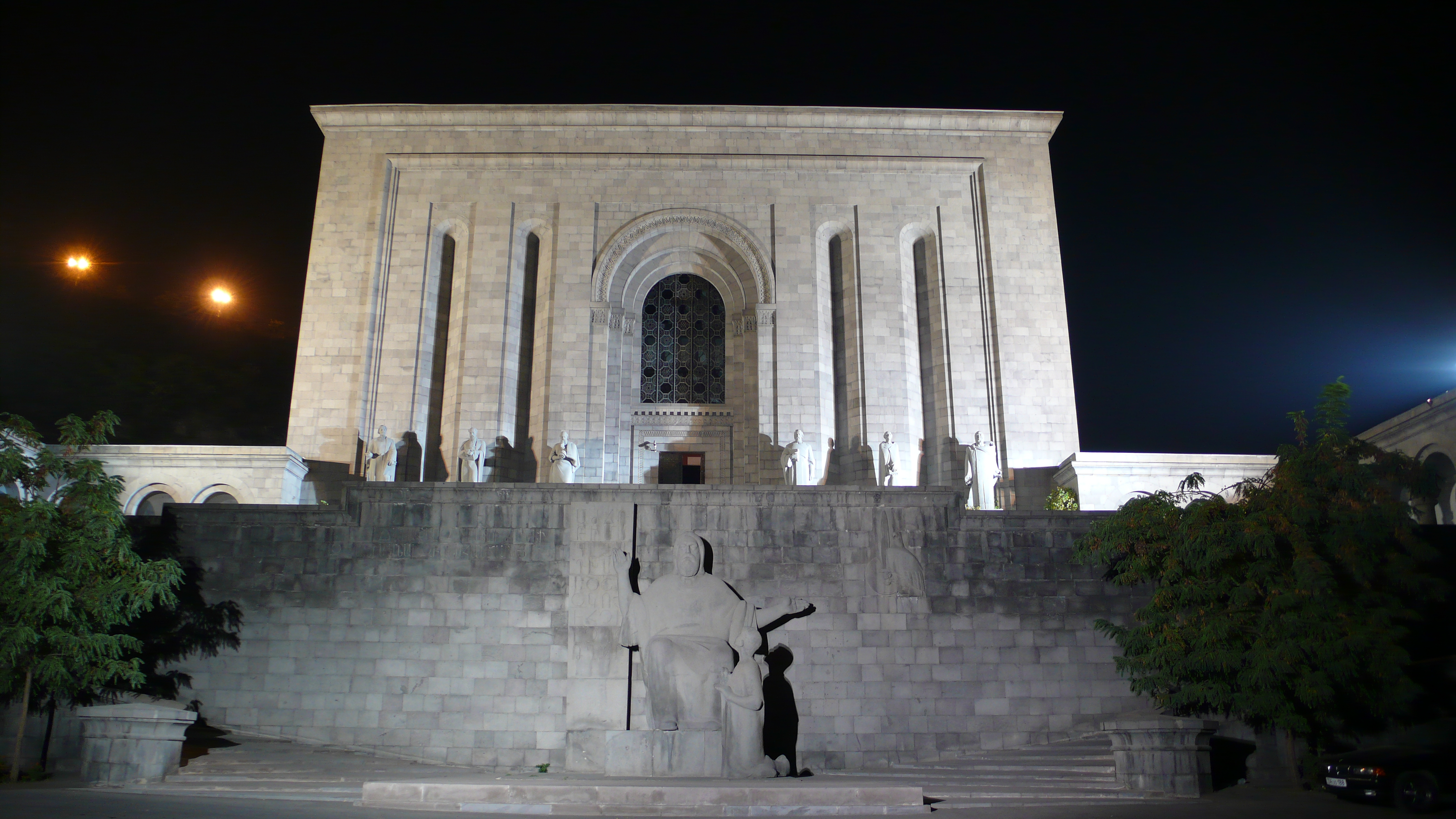 Taking a walk in the center of Yerevan on the Mashtots Street, you will see a magnificent building located on the hill. This storage and Research Institute of Ancient Manuscripts is the Matenadaran. Matenadaran is interprited from Armenian as a place where books are stored.

A little bit of history

Matenadaran was founded in 1959, before that the books were kept in the Holy Echmiadzin.

Just in front of the Matenadaran you will see a monument to the founder of the Armenian alphabet – Mesrop Mashtots and his disciple Koryun. Just in front of the building there are also monuments to eminent persons of medieval Armenia. After the creation of the alphabet in 405 the “Golden Age” started in Armenia, the sciences flourished, a lot of philosophical treatises and literary works were written. Huge books have been written on parchment and preserved carefully over the centuries. It is known that during the invasion of the enemies the Armenians rescued the book as they would save their children giving away the gold and other treasures.

There are more than 17 thousand ancient manuscripts and more than 100 thousand vintage archival documents preserved in the funds of the Matenadaran. In addition to 13 thousand Armenian manuscripts there are more than 2,000 manuscripts written in Russian, Hebrew, Latin, Arabic, Syriac, Greek, Japanese, Persian and other languages kept in here. Matenadaran collection is a valuable scientific and historical base for exploring the history and culture of Armenia and the neighboring peoples of the Caucasus and the Middle East. There are manuscripts of 5th to 18th centuries stored in Matenadaran, a unique collection of incunabula and old printed Armenian books of 16th – 18th  centuries, the works of ancient and medieval Armenian historians, writers, philosophers, mathematicians, geographers, doctors, translations of ancient Greek, Syrian, Arab and Latin scientists, including a number of works that have not been preserved in the original language.

During a tour in Matenadaran you will certainly see the biggest book weighing 28 kilograms, and the smallest one weighing only 19 grams. You will be amazed by the beauty of the books. A special attention was paid to the covers of the books, which are often made of silver and decorated with precious stones. The capital letters are a true work of art. The Matenadaran is not only a repository of centuries-old wisdom, science and literature, but also a veritable museum of fine arts.

A beautiful view of Yerevan is opening from Matenadaran, so do not forget to enjoy it!

How to get there?

It is very easy to find the Matenadaran: to Mashtots Avenue from the Republic Square you can reach through Amiryan Street. From Amiryan-Mashtots crossroads you should turn to the right, from where you will be able to see Matenadaran.

The Matenadaran is closed on Sundays and Mondays. However, your tour will be organized so that you surely visit it.