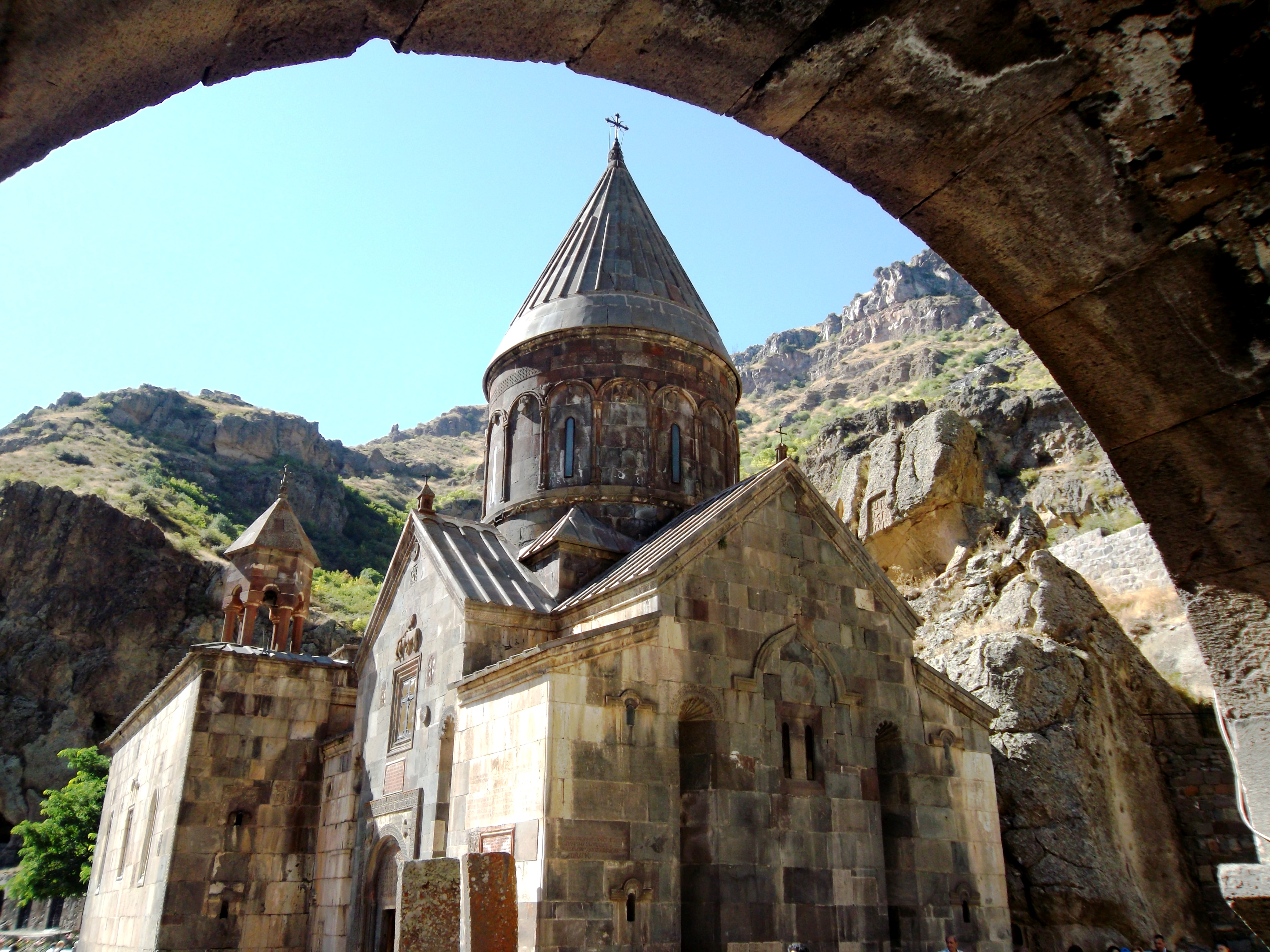 The cave monastery of Geghard (the registered name on the list of World Heritage Sites of UNESCO) was founded in the fourth century at the site of a sacred inside a cave and since it was called Ayrivank (Monastery Cave in Armenian). The present name Geghard or Geghardavank means Monastery of the Spear, which originates from the spear that the Roman soldier stabbed Jesus Christ. Apostle Thaddeus took the spear to Armenia and  kept in this monastery. Today the Holy Lance and other relics are exhibited in the museum of the Cathedral of Echmiadzin.

At first Geghard Monastery was only as a small cave chapel, but then the complex grew, becoming more ornate and massive. In 1215, the main and most prominent chapel – Katoghike, was built, although the first chapel of San Gregorio in hand carved in the rock dates from 1177. 10 years later it was added to the atrium (gavit).

Nothing remains of the structures of Ayrivank. Ayrivank was plundered and destroyed several times by the invading troops and was devastated in the tenth century when the Arabs plundered its valuable property, including unique manuscripts and set fire to the magnificent structures of the monastery.

Geghard Monastery was one of the religious and cultural centers of medieval Armenia, with a school, a library, a typography. The school had a repository of manuscripts. A part of the manuscripts is now kept in Matenadaran.

There are a lot of caves and khachkars around the monastery.

Geghard Monastery in Upper Azat River Valley is located between the cliffs which in 2000 were included in the list of World Heritage Sites of UNESCO (criterion II). The view to the valley from the monastery is stunning. Geghard is only 36 km away from Yerevan, you can get there in less than an hour. On your way up to the monastery you can buy souvenirs and also make a wish throwing a stone.

On youy way to Geghard you can visit Garni temple, one of the most ancient monuments of Armenian architecture.