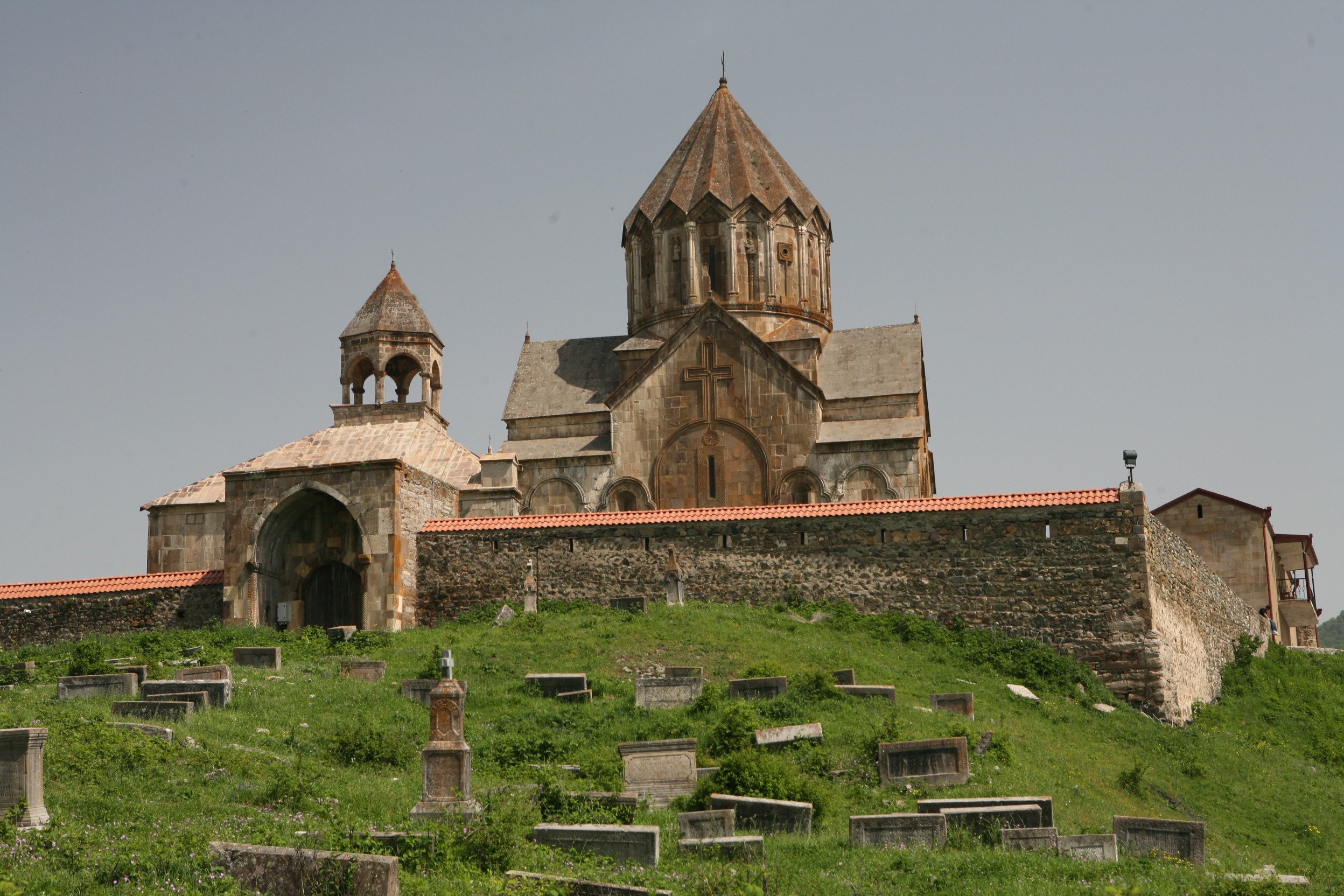 In 1988 with the beginning of national liberation movement in Artsakh it was possible to set about the rebuilding of Artsakh’s Diocese and many churches reopened in 1989.

Gandzasar was the first reopened. Gandzasar Monastery is located in the Martakert region, about 20 km from the Stepanakert-Martuni highway. Of all the Armenian monasteries, Gandzasar is the only constantly running and more conditioning.

The construction of Gandzasar began in 1216, under the patronage of the Armenian prince of Khachen.

For the first time it was mentioned in the tenth century, since the fourteenth century until the nineteenth century Gandzasar was the seat of the bishops of the region Aghvank or Artsakh, for centuries until today the monastery is still a religious and cultural center. In 1216, on a crypt where according to legend lay the head of St. John the Baptist was built the main church complex and was later added Gavit (1240-1266).

Anatoly L. Yakobson, a prominent medieval art historian, described Gandzasar as a “pearl of architectural art”.  Gandzasar is a unique monument of medieval architecture and monumental sculpture, an example of 13th-century Armenian art. […] to visit 17th century stone bridge Mazi and the memorial park of lost soldiers. Magnificent Gandzasar Monastery is located not far from Stepanakert, and is a must-see place for […]