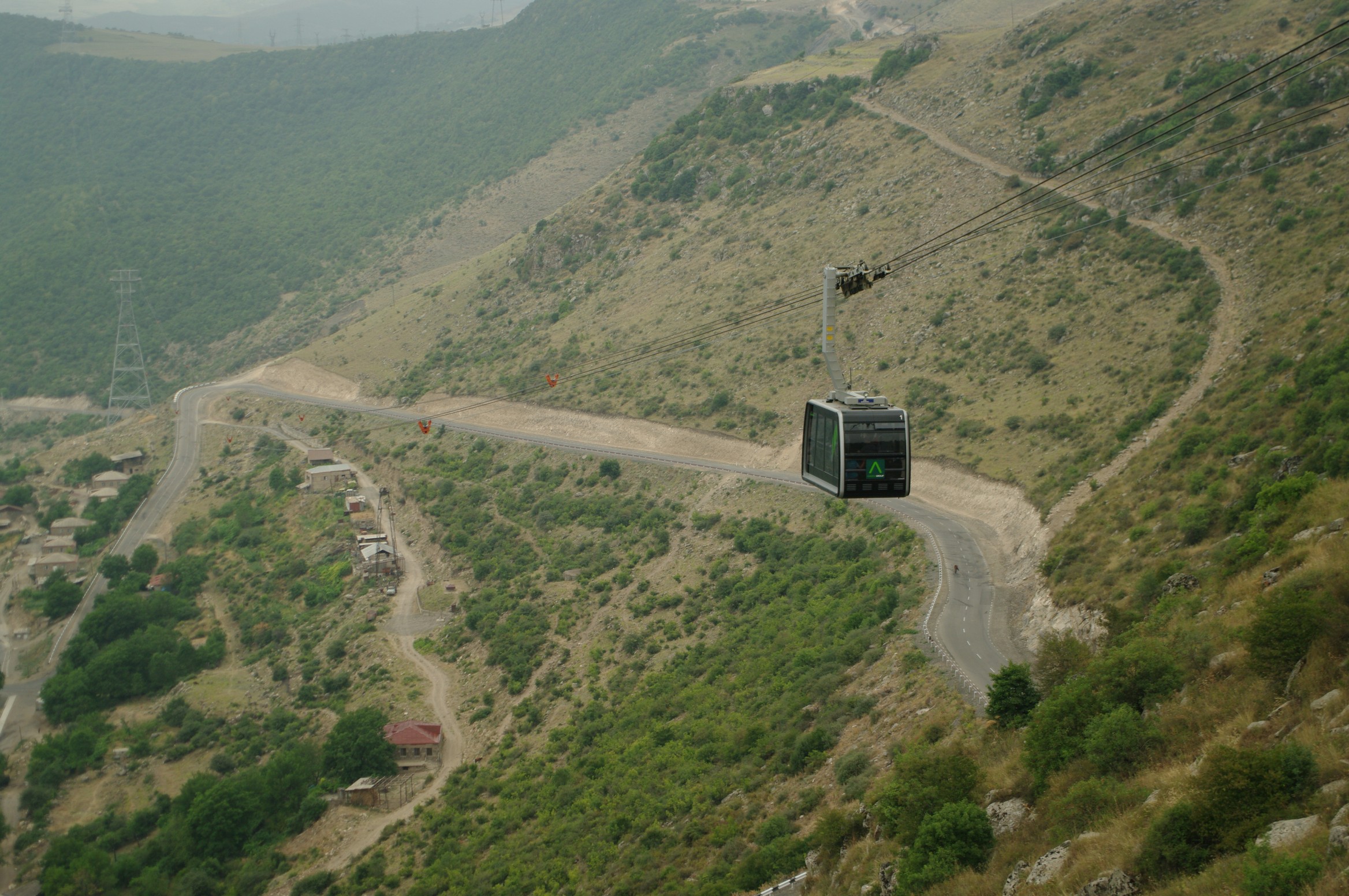 Wings of Tatev is the aerial tramway to Tatev monastery.

It’s the shortest and most impressive route to Tatev Monastery and the longest reversible cableway in the world (5752 m), recorded in the Guinness Book of Records.

The whole way takes about 12 minutes, whereas the trip up the steep switchback road of the Vorotan Gorge takes around 40 minutes.
The price of the ticket varies depending on the season. The maximal price to two-ways ticket is 5000 drams (about $10). Take into consideration, that ropeway doesn’t operate on Mondays.
The construction of the ropeway was implemented within the frameworks of a program, in accordance with which the 26-kilometer lot of the road leading to the monastery of Tatev is also being restored. The project “Rebirth of Tatev” plans to create touristic infrastructures. In addition to building of the world’s longest reversible tramway, a net of hostels, such as bed and breakfast will be built, local food traditions will be revived, touristic paths, museums will be created, a new hotel next to the first cableway station in the canyon of the river flowing next to the complex Tatev is planned to be built.
Speaking about the program, the executive director of the Fund of National Competitiveness Becor Papazyan told journalists that at the moment programs of the development of six villages adjacent to Tatev are being considered. The matter concerns, first of all, the development of traditions of national cuisine, which can become an incentive for tourists to visit villages and participate in the preparation of traditional Armenian dishes.
Within the frameworks of the program the creamery has been fully restored – a building the 17 th century, a museum, where tourists can get acquainted with the cultural and culinary heritage of medieval Armenia.
The monastery of Tatev is the pearl of Armenian medieval architecture, it was a major cultural center with a scriptorium (workshop of  correspondence of manuscripts), a library and one of the most famous medieval universities.

[…] of interest near Vorotan canyon. The most significant sight is Tatev Monastery with its well-known ropeway, as well as Shaqi waterfall, David Bek’s castle, […]