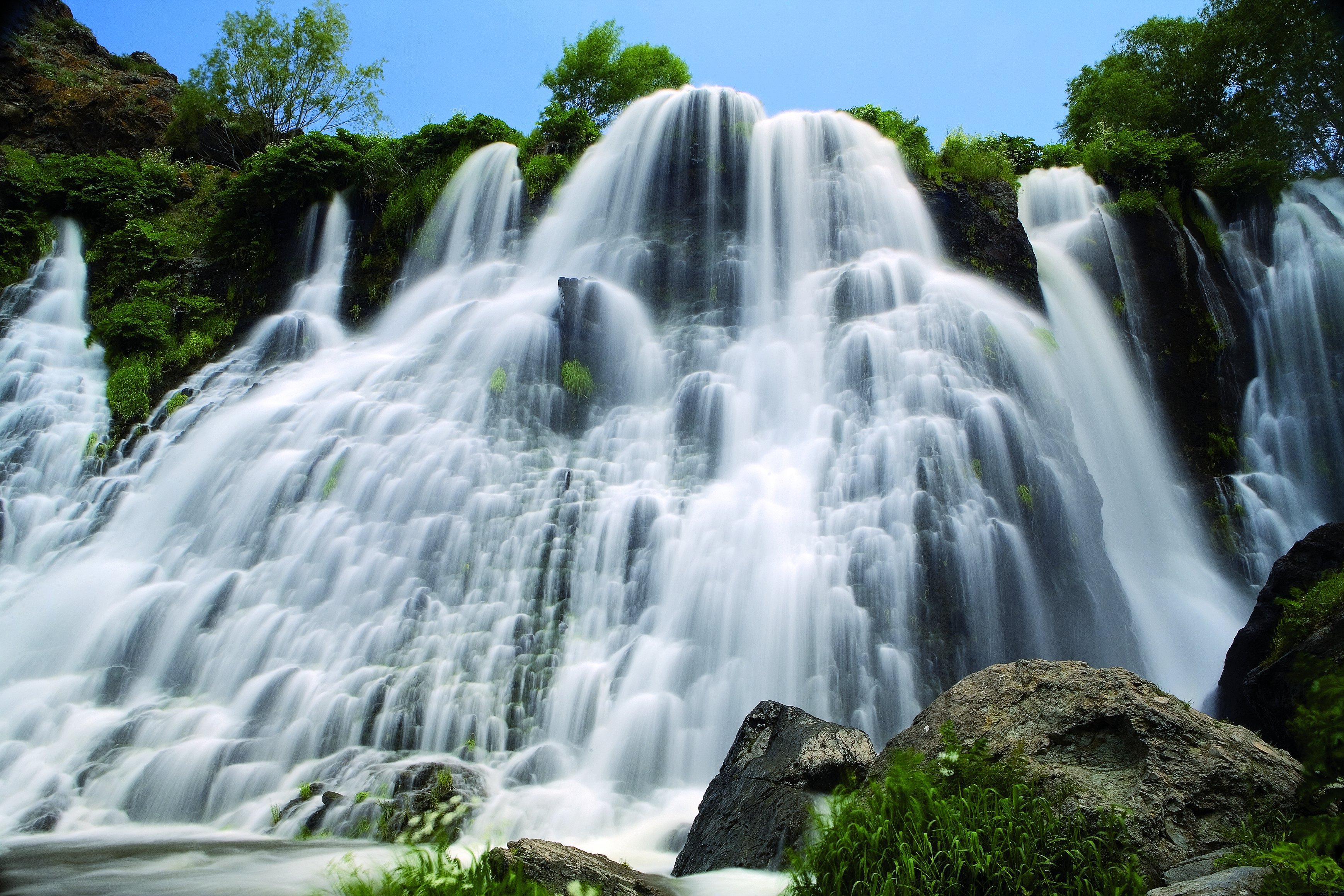 It has been over thousands years since hot springs from the bowels of the Armenian highlands have come to the surface. In some cases this is accompanied by the powerful gush like geysers, but mineral waters are a manifestation not of the current but extinct volcanic activity. It is a synthesis of atmospheric precipitations and carbon acids: the first ones, through the cracked surface of the lavas forming the area, penetrate to the deep warm layers, wash out minerals and in the form of a new natural formation go outside.
Since ancient times such springs are also called Jermuk. It has been long since people have known about their medicinal properties, which is evidenced not only by folklore, but also by the presence of abandoned reservoirs-bathes.
In the territory of the Armenian highlands there are several hundreds of such sources. Often they are entire complexes, and one of them is Jermuk, located at altitudes of 1700-2200 metres.
The picturesque spot is located on the southern slopes of the Vardenis ridge, where the Bald Mountain and Sim (the name of the latter is connected with the myth of the gates of Sesame) are elevated. However, lavas of Jermuk plateau often form surface drain, that feeds rivers and waterfalls.
The waterfall that falls from the height of about 60 metres creates three domed terraces, according to the number of collisions of water with lava. It is located in boundary of the city-resort Jermuk, at a distance of 200 kilometers from Yerevan, and flows into the river Arpu.
Shaqi waterfall A large  settlement of primitive man was found in the area where the river Shaqi flows into the stormy Vorotan – flowing with the 178-mile long tributary of the river Arax coming from the plateau of Syuniq. The place is a gorge, which  steep slopes  abound in  rocky niches and relatively deep grottos. Human traces have been found in them, including remnants of ashes, dating back to the Stone Age.
The river Shaqi is one of the smallest tributaries of Vorotan and has a length of 18 kilometers. It forms a stunning waterfall, coveted by ancient people. Large amounts of water falling from the height of 40 meters fill the air with freshness, that is in harmony with the primeval appearance of Palaeolithic caves.
On this microscopic space in highlands human development had an unprecedented speed: experts joke that it is here that evolution advanced by microsteps. The district of the waterfall of Shaqi is a unique archaeological “pantry”. In this area more than a dozen of ancient grottoes have been found, and the international scientific community believes that it is necessary to make it a forbidden zone. 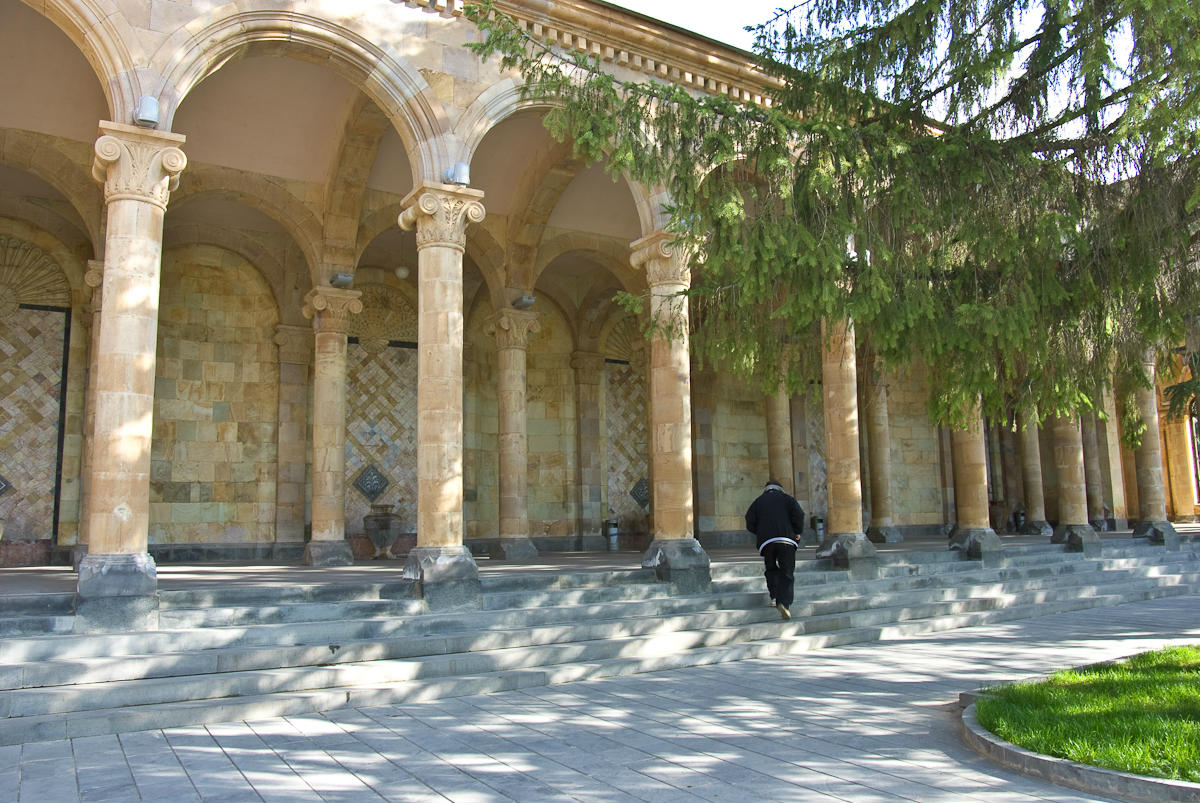