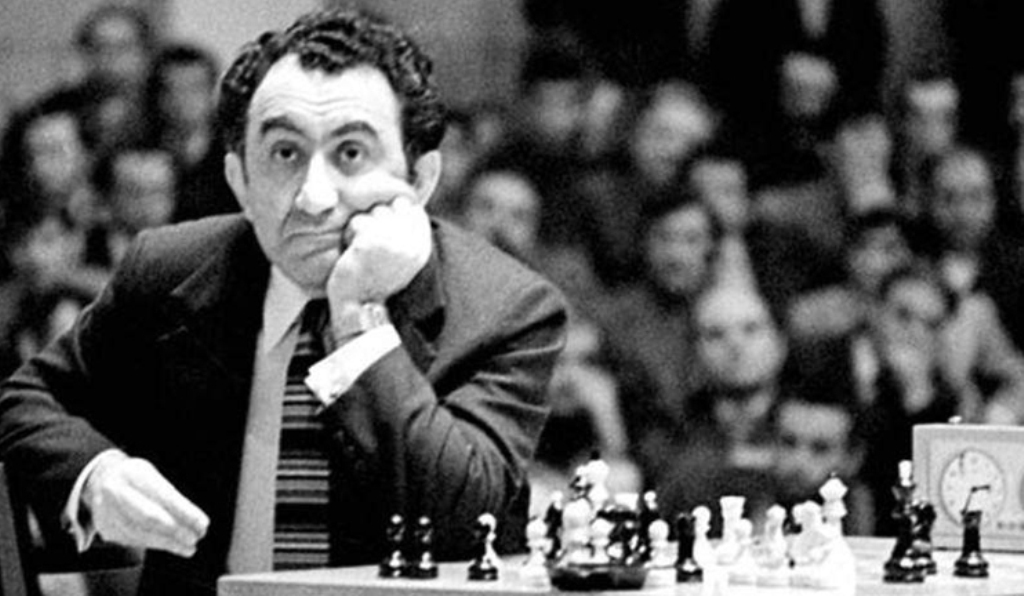 Tigran Petrosian, nicknamed “Iron Tigran” due to his safe playing style and strong defense, was considered the hardest player in the history of chess to beat. He was born on June 17, 1929 in an Armenian family in Georgia and died on August 13, 1984 in Moscow. He learned to play chess at the age of 8. When he was 12 years old, he began training at the Palace of Pioneers in Tbilisi under the auspices of Archil Ebralidze. Thus, Petrosian developed a repertoire of solid positional openings. In order to improve his game, Petrosian studied Nimzowitsch’s My System and he is famous for being one of the best players pioneering the theory of prophylaxis, years after Aron Nimzowitsch.
One year later, after moving to Moscow to seek greater competition, Tigran Petrosian defeated grandmaster Salo Flohr at a simultaneous exhibition.  In 1946, he earned the title of Candidate Master and drew against Grandmaster Paul Keres at the Georgian Chess Championship. Soon he moved to Yerevan and won the Armenian Chess Championship and the USSR Junior Chess Championship. After playing in the 1962 Interzonal in Stockholm, Petrosian qualified for the Candidates Tournament in Curaçao along with Pal Benko, Miroslav Filip, Bobby Fischer, Yefim Geller, Paul Keres, Viktor Korchnoi, and Mikhail Tal.
Tigran Petrosian was the 9th World Chess Champion (1963-1969), International Grandmaster (1952), Honored Master of Sports of the USSR (1960). In 1963, he defeated Mikhail Botvinnik 12.5–9.5 to become world chess champion. His patient, defensive style frustrated Botvinnik.
Petrosian defended his title in 1966, defeating Boris Spassky 12.5–11.5, but in 1969 Spassky got his revenge, winning by 12.5–10.5 and taking the title. Petrosian was unbeaten in 6 USSR championships and won the Soviet Championship four times (1959, 1961, 1969, and 1975). He only lost one game out of 129 in chess Olympiad play.
He was chess theoretician and journalist: editor of the monthly newspaper “Chess Moscow” (1963-1966) and chief editor of the weekly “64” (1968-1977). In 1968, he was granted as Candidate of Philosophy from Yerevan University for his thesis, “Chess Logic”.
Robert Fischer said, “He has an incredible tactical view, and a wonderful sense of the danger… No matter how much you think deep… He will “smell” any kind of danger 20 moves before”.
Petrosian preferred to play closed openings that did not commit his pieces to any particular plan.  He usually won by playing consistently until his aggressive opponent made a mistake, securing the win by capitalizing upon this mistake without revealing any weaknesses of his own.Today, there stands the Tigran Petrosian Memorial near the Chess House named after the 9th World Champion in Yerevan. 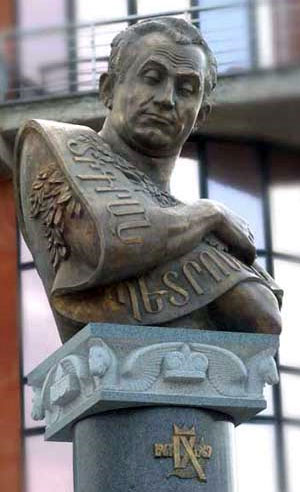