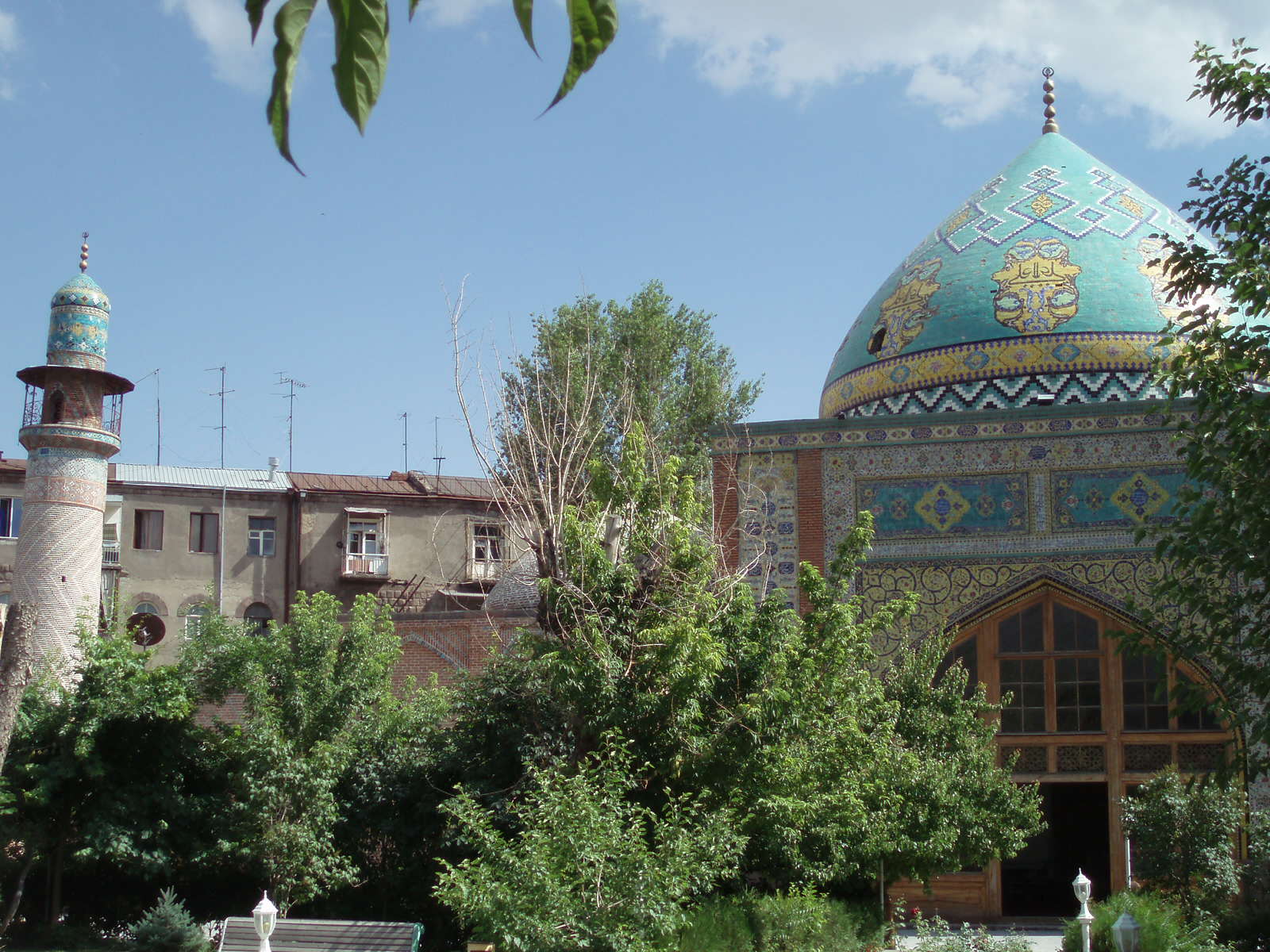 The Blue Mosque is the only functioning mosque in Yerevan. It was built in 18th century were Armenia was under Persian rule. As historian say, the Blue Mosque was built during the reign of Iranian ruler Nadir Shah (1736–47).

Later on, during Soviet era, the mosque stopped functioning and was made the Museum of the City of Yerevan.

In 90’s with the financial help of Iranian funds, the mosque was reconstructed. The reconstruction was complete in 1999, and now is a functioning mosque and a wonderful sight in the center of Yerevan. Why is it called Blue Mosque? This name was given to the mosque because of the blue color, decorating the building.

The Blue Mosque, which is nicknamed so because of the dominating blue color on the entrance and the tiles.

The mosque is a big architectural complex: it has a courtyard, meeting halls, a theological school.

You can easily pass by and not notice the mosque, because it’s located in rather busy place and is surrounded by various buildings. It’s located on Mashtots Ave., opposite the former Pak Shuka (Indoor market), which is currently a supermarket.

If you intend to visit the Mosque, please dress appropriately: no bare legs or shoulders, women should wear a headscarf.