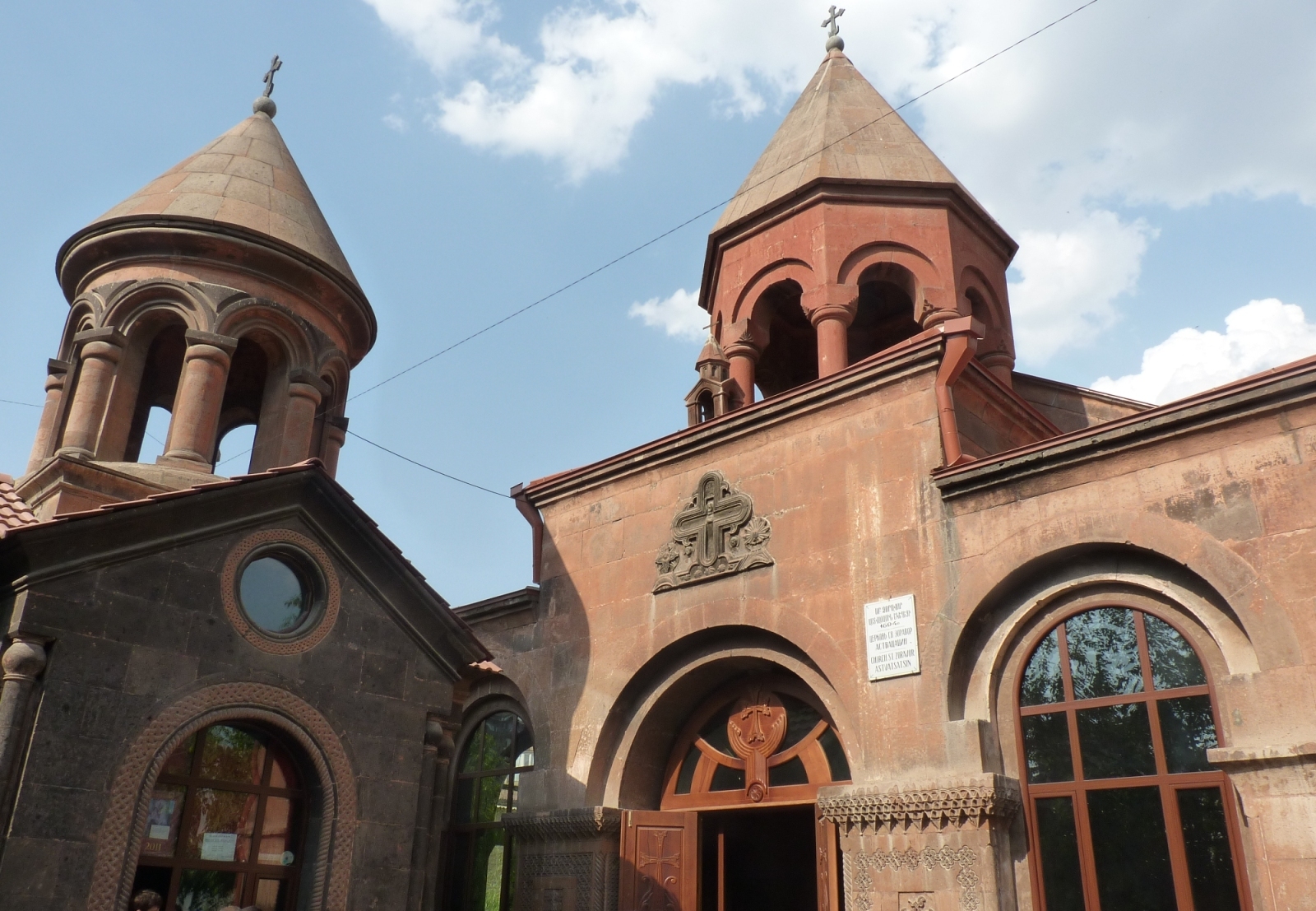 St. Zoravor Church is one of the oldest churches in Yerevan. Originally it was called St. Astvatsatsin, later renamed St. Zoravor. The church was built in the old quarter Shahar of Yerevan. This place used to be the tomb-chapel of the Holy Apostle Ananias. With the financial support of the residents of Yerevan Abbot Movses Syunetsi built a monastery complex consisting of the church, chapel, residence, and forming here a congregation, he established a monastic school.
The monastic complex was completely rebuilt during the reign of Catholicos Pilipos (1632-1635). Howver, it also was not destined to survive for long. The complex was fully destroyed from the earthquake in 1679. Current Church of St. Zoravor was built in 1693 on the same site of the monastery by the donation of wealthy Khoja Panos of Yerevan. From an inscription recorded one hundred years after the construction of the church (1793), we learn that St. Zoravor was reconstructed by Gabriel Haryurabet during the reign of Catholicos Ghukas. The church belongs to the three-nave basilica type with no dome. The main altar with two vestries at the northern and southern corners is located in the east of the prayer hall.
Interior and exterior differ in their simplicity. On the outer walls of the church in some places there are carved cross-stones, dating back to the XVII century. In 1889, the new chapel of St. Anania was built in the north-west of the church.
After the use of different purposes throughout the period of the Soviet rule, the Surb Zoravor Church was again returned to the believers. With the support of Apostolic Echmiatsin in 1970s, the church underwent a fundamental reconstruction. The decayed and falling parts of the walls and roofs were repaired and restored, a gallery was added for the church choir and a new house was built for the pastors. St. Anania chapel was renovated too. The works of the reconstruction of the church, as well as of the improvement of the surroundings has been done on the donations of the Holy See’s benefactor Mr. Sarkis Petrossian, an Armenian resident of France.