Sardarapat – the symbol of victory 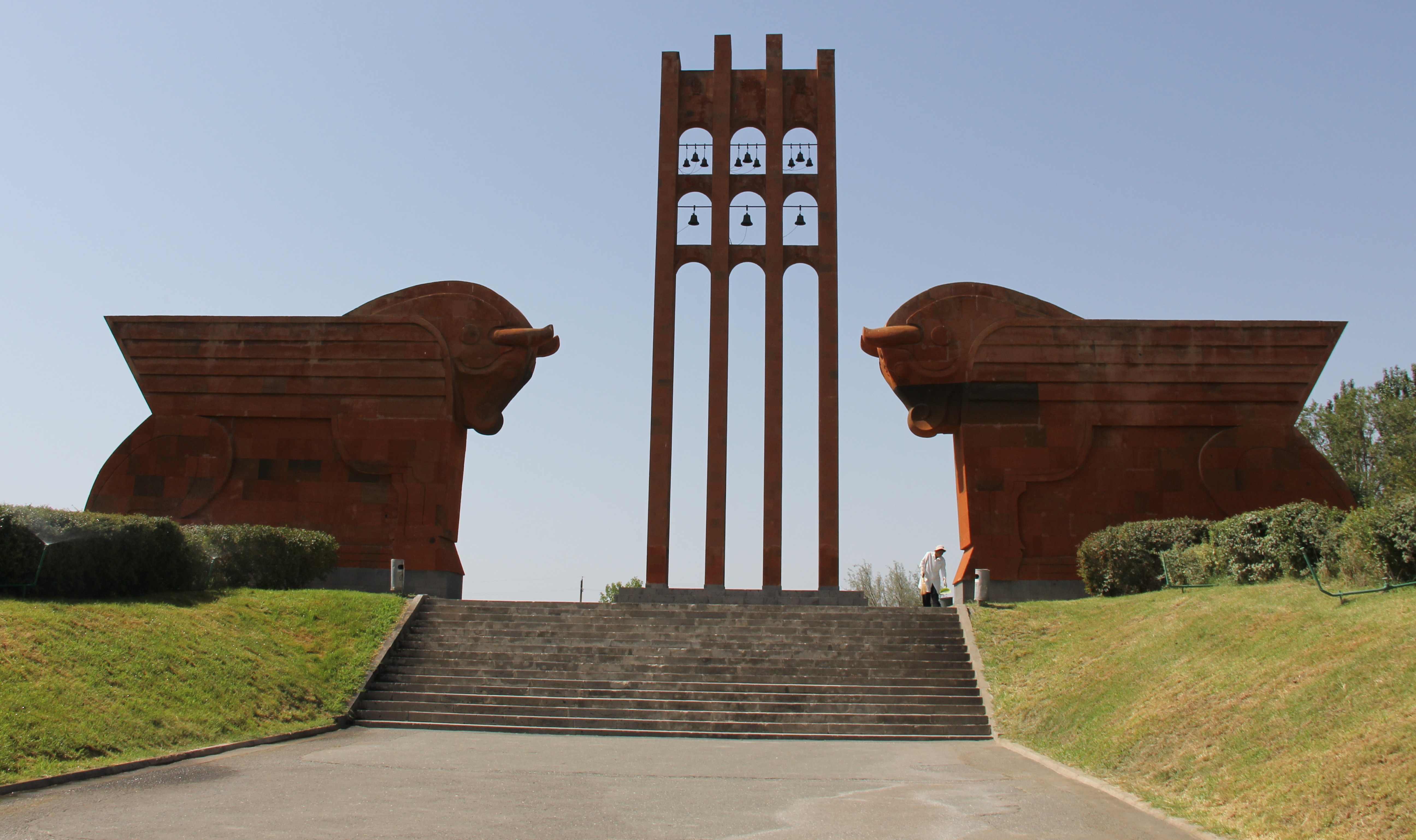 National Museum of Armenian Ethnography and History Memorial complex of the heroic battle of Sardarapat are another “must-see” place for those, who are interested in history.

The memorial was opened in 1968, 50 years after the battle of Sardarapat. The heroic battle took place in 1918 against Turkish army. Turkey was trying to conquer Eastern Armenia, but was pushed back.

The monument is situated in the same place where the battle took place, on a hill southwest from Armavir city. It’s made of orange tuff is consists of several parts.

In the center you can see the belfry (height – 25 meters) with bells hanging on it. Those bells are very symbolic. The author of the memorial, prominent Armenian architect Rafayel Israelyan said, that those bells “announce the victory, and will ring again if necessary”. On both sides of the belfry winged bulls are situated. They are symbols of strength.

When you pass the belfry, you’ll see the alley of eagles, symbolizing the heroes who won the battle. The alley ends up with the Victory wall with scenes of the battle depicted on it.

On the left side of the memorial the National Museum of Armenian Ethnography is situated. On the way to the building of the museum “Vardavar” refectory is situated.

The museum looks like a real fortress. It has an interesting detail: two windows, one of which is looking at Mount Ararat, the other one – to Mount Aragats.

Every part of this magnificent memorial is symbolic and meaningful. It’s one of the architectural masterpieces in Armenia, worth visiting. Sardarapat is located very close to Yerevan, in Armavir region. It takes less than an hour to get there.

Sardarapat – the symbol of victory