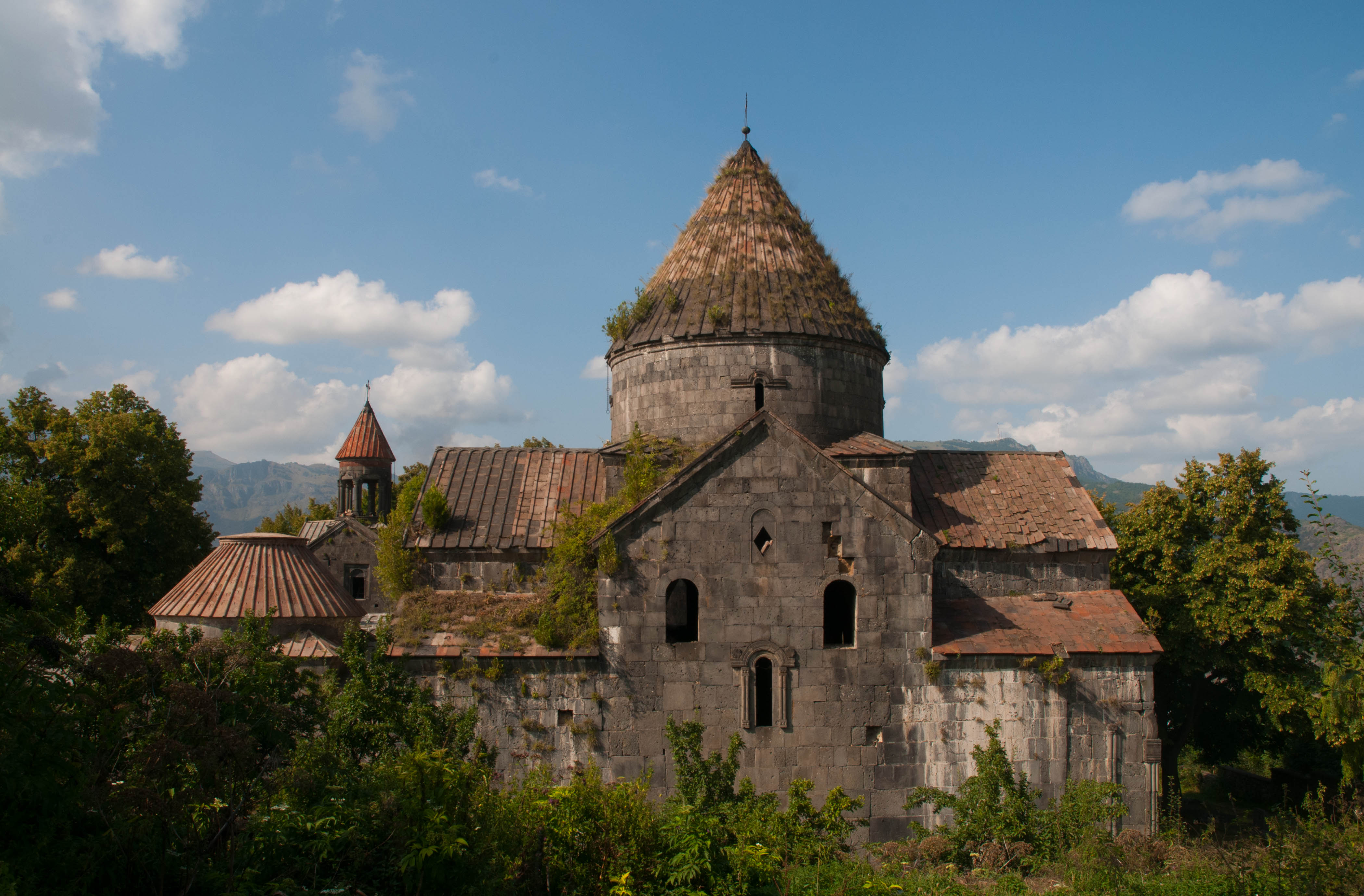 Sanahin Monastery is a medieval monastic complex (tenth century) which in 1996 was  declared a World Heritage Site by UNESCO. It is in the north of the country, in the province of Lori, on a high plateau on the right bank of the river Debed. The name Sanahin in Armenian means “older than that” evoking that it is older than the nearby Haghpat monastery.

The monastery was founded by the Armenian monks escaped from Byzantium by the persecutions of the Byzantine emperor. At the time of Bagratuni dynasty culture was of great importance. There was an educational institution where humanities, medicine and other sciences were taught and there was a script in which many manuscripts with miniatures were found.

According to Armenian historians Kirakos Gandzaketsi and Vardan Areveltsi, the Sanahin complex’s first building was constructed by Armenian priests who had refused Chalcedonian faith and immigrated to Armenia from Byzantine.

Later the Monastery of Sanahin was attacked by Mongols. Sanahin monastery was  one of the educational centres of Armenia. There were academies, libraries, scriptoriums and schools where the books were copied. Sanahin owned vast land resources.

There are a lot of Armenian traditional carved stones called khachkars here. Khachqars were put as a mark of various events such as the construction of an inn in 1205 and construction of a bridge in 1192. This bridge stands out amongst all other bridges discovered within the territory of the complex with its high artistic virtue.