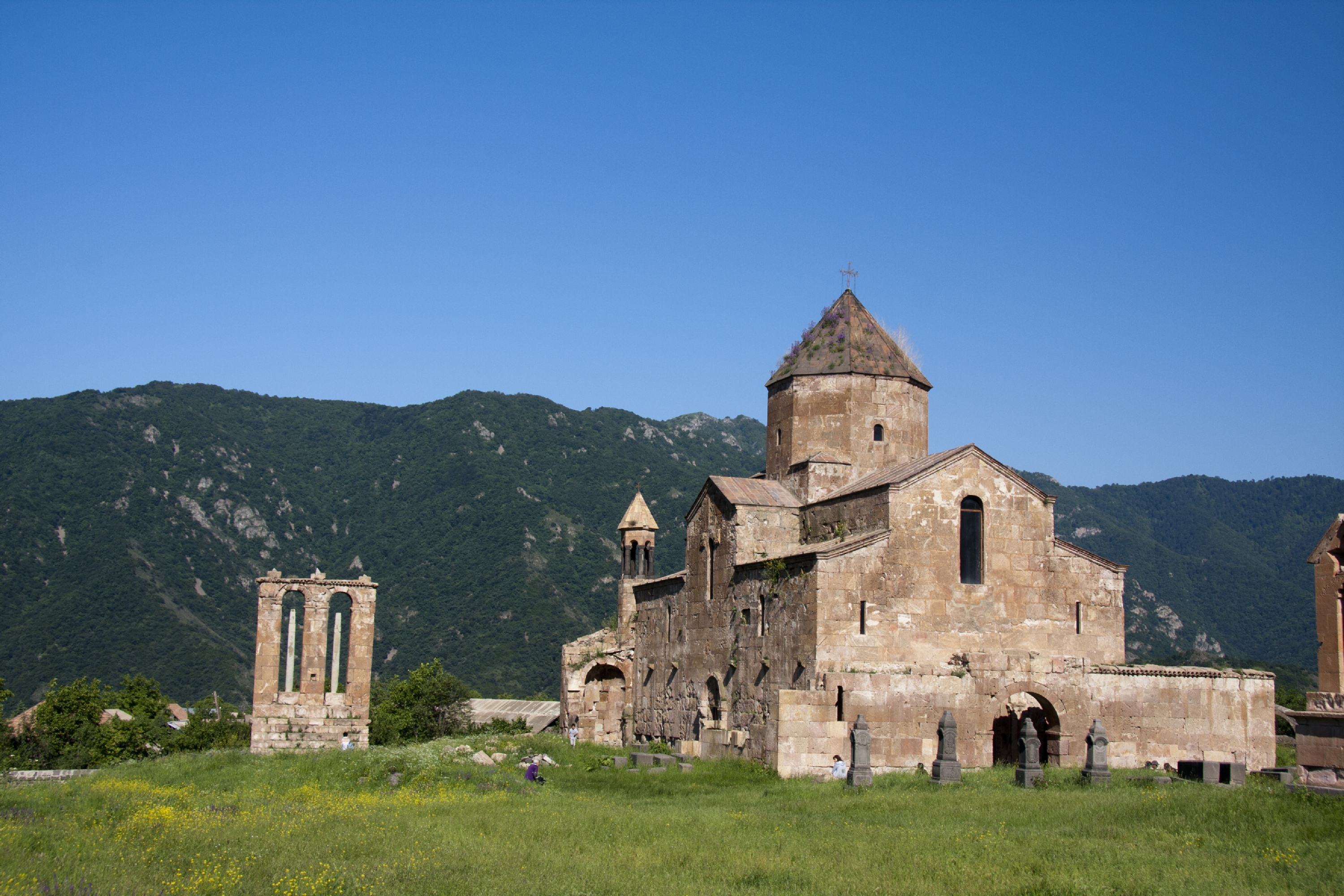 Odzun is a fairly large village in the Lori region situated on a high plateau of Debed River, just 6 miles south of the city of Alaverdi. Odzun is famous for its church.

Odzun church (or the same as the Church of Saint Astvatsatsin (Holy Mother) is one of the oldest in the country (580). Distinguished by its proportions it is different form almost all Armenian monuments built after V century and is very original. With its features of composition it refers to the period of formation of Armenian architecture of Middle Ages.

It is believed that the name Odzun comes from the Armenian word “otsel”, which means to ordain. In this regard, in a number of manuscripts the church appears with the name “Otsun.”

The church of Odzun is a palace of a hall of three naves topped by a dome witnessing the early development of Armenian architects, preserved till today in excellent condition.

It is believed that one of the twelve disciples of Jesus Christ – Thomas came to Armenia in the 1st century. He ordained a number of priests and bishops in the place of the church. Before leaving for India, the apostle buried the swaddling clothes of Jesus Christ in the place of the sanctuary of the present day Saint Astvatsatsin Church. An inscription, stating about that, was found on the upper part of the church’s southern door. Later on, there were some doubts regarding the truthfulness of the existence of the swaddling clothes, and one of the sanctuary stones was removed to check if it was true or not.The existenc of the swaddling clothes was proved. Another curiosity is the Odzun funeral or memorial obelisk erected in the garden 10 meters from the church. In Armenia there is no other monument of this type except obelisk of Aghudi in the south. The general facade, as it is proper for a memorial Christian architecture, is facing west. The pedestal supports two trails between two horseshoe-shaped arches. Scenes from the Bible and the adoption of Christianity in Armenia are carved. Odzun is 177 km away from Yerevan, getting there takes about 2,5 hours.

Not far from the temple you can find Kobayr monastery.