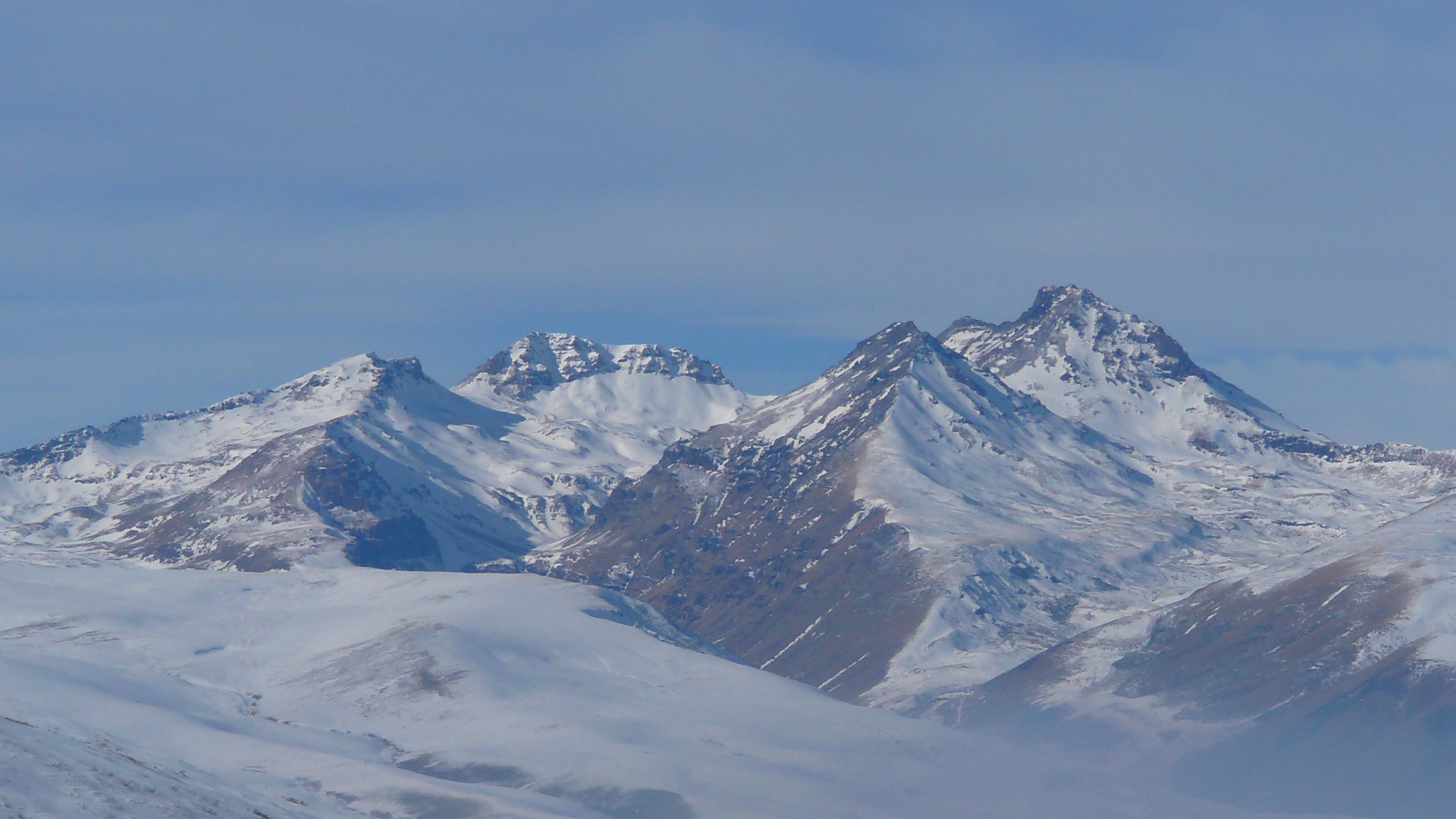 Aragats, a solitary extinct volcano, is the highest mountain in the territory of modern Armenia. This wonderful natural monument is located on 40 ° 32 ‘east longitude, its central highlands cover the area of more than 820 square kilometers.
In prehistoric times, volcanic eruption, accompanied by an explosion, destroyed the top of the mountain.  Around the crater of irregular shape – 2 x 1,5 km, deeper than 400 meters – like the petals of a giant flower, rise four peaks: the north – 4090 meters, the west – 4080 feet, the east – 3916 feet, the south – 3879 meters. The crater of the volcano has become a glacial circus. Volcanic activity and the age-old work of water, wind and sun have formed deep canyons on the slopes, the largest are Geghovit and Ambert, with a depth of 500 meters, wide ravines, surrounded by rocks, pipe-rocky passage-fulturities, are the result of the result of lightning. Many large and small rivers originate in the Aragats, among them – Amberd and Sevjur. In the gorge Geghovit, three waterfalls cast down with a height of falling water over 100 meters.
From the medium parts and belt of the top opens a wonderful panorama – the shine of mountain lakes among emerald green slopes, lonely hills passing into the misty valley of Araks, on the edge of which stands sister of Aragats – Biblical Mountain.
A legend is related with Aragats, according to which, St. Gregory Lusavorich (Illuminator) ascended to its top to pray, while ever-burning lamp shone to him at night, hanging straight down from the sky. Legend claims that even now that lamp shines at nights, but only faithful people can see it.
The beautiful landscape of the foothills and mountain zones, numerous monuments of culture on its slopes allow to include Aragats to the number of the most interesting peaks that are attractive to the fans of travel and alpine climbing. There are several climbing routes to the top of the mountain. In summer, it is recommended to go climbing in July or August. Winter climbing can make only experienced climbers on skis, as because of the deep snow-firn fields the rise without skis is impossible. Depending on the route, climbing trips can last two or three days.

[…] Hrazdan and Kasagh rivers, is 2577 meters high. It’s an extinct volcano located not far from Mount Aragats. Araler has always been attracting hikers. The mountain isn’t too high, but not easy to climb at […]