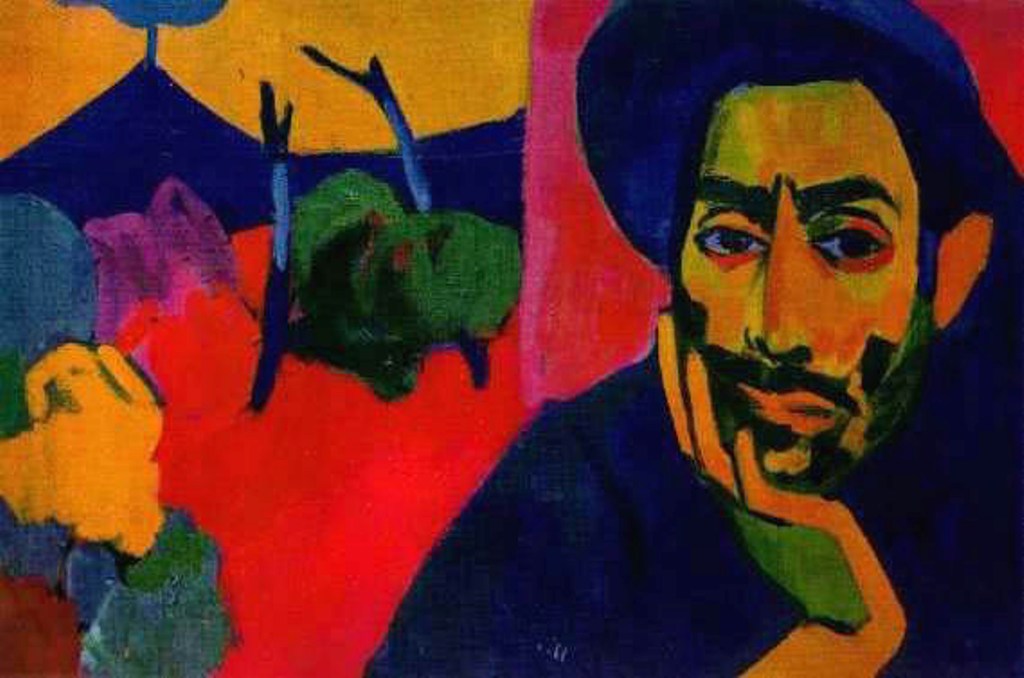 Minas Karapet Avetisyan – the Armenian painter, theatre artist, honored artist of Armenia (1968) – was born on July 20, 1928, in the Armenian village Djadjur.
Fortunately, in 1915 the parents of the artist escaped the massacre, when not far from Djadjur thousands of people were killed in the gorge. Often in winter evenings, sitting near the hearth of his country house the painter heard stories of witnesses who had seen those terrible events with their own eyes.
The historical paintings by Avetisyan became a silent tribute to the innocently dead. Among the most famous canvases of this series is the painting “Road: Memories of My Parents” (1965-1967).
The first exhibition of the painter took place in 1960, but Avetisyan became well-known in 1962, after the exhibition “Five Artists”, which was held in Yerevan. Numerous specialists and visitors estimated his paintings at their true worth.
Minas traveled about Armenia a lot looking for historical monuments, he studied Armenian miniatures and works of the greatest Armenian painters, above all, those of Martiros Saryan. Saryan was the spiritual father of Minas. The young artist was the real heir to the works of the great artist and a symbol of new growth of the national art. Brightness and dramatic passion of color playing of Minas is dictated by the nature of Armenia, cliffs, singed with bright rays of sun, which seem to represent mysterious eternity.
Following the national traditions in painting, using the means of expression found in ancient miniatures and the work experience of famous artists, however, Minas never turned to blind copies. In his works he expressed the reality by his own perception and interpretation of life.
Unfortunately a lot of works by the artist were lost in 1972 in a fire. During the night of January 1, when Minas was in Djadjur with his family, his studio located in Yerevan was burned along with most of his best canvases.
Three years later, in 1975, Minas Avetisyan died under the wheels of the car, which stopped off at the sidewalk.
Fate seemed to be against him even after his death, when the earthquake destroyed a part of his frescoes in Leninakan (Gyumri) and leveled to the ground the museum of Minas Avetisyan in his native village Djadjur.
The name of the painter is pronounced in Armenia with special affection. He devoted his whole tragically short life to art. Between 1960 and 1975, Minas created 500 large and small canvases, almost 500 paintings, 20 large frescoes and projects for about a dozen of theatrical performances.