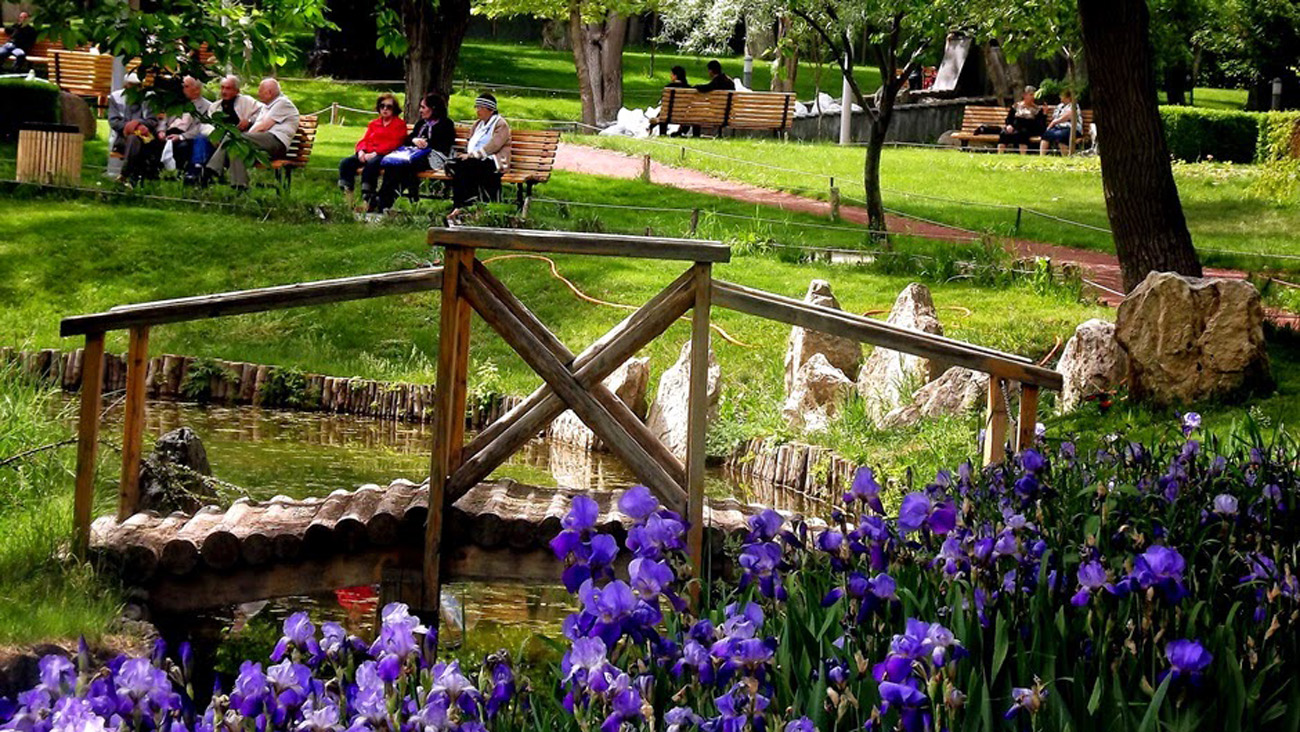 The Lovers’ Park is one of the most favorite places of the locals and the guests of Yerevan. This park is one of the oldest ones in Yerevan. In the 18th century it was called Kozern garden by the name of the suburb it was located in.

In 1949, on the 150th anniversary of the birth of Russian poet Alexander Pushkin the park was named after him. In 1970 the park was named Barekamutyun (Comradeship) as a tribute to the friendship of all Soviet Union member nations.

The current and the most beautiful name of the park was given in 1995. This name was chosen based on the fact that the park is the most beloved place of young couples. It must be mentioned, that at that time the park wasn’t in a good condition. Because of bad economic situation in Armeni in 90’s the green areas weren’t paid much attention. In 2005 at the initiative of benefactor Albert Boghossian, the Boghossian Foundation assumed the renovation of the park. The renovated park was opened in November 2008.

Now the Lovers’ park is a green and cozy place. You can notice that its design is inspired by Japanese traditional landscaping. The author of the project is a well-known landscape architect from Switzerland Pierre Rambach. The park has a small artificial lake with two islands. Near the lake an amphitheater is situated, and in summer you can watch films in this open-air cinema.

A café called Achajour is situated not far from the amphitheater, which is a nice place for summer lunches. Sculptures, mini-waterfalls, cozy corners can be found in the park. And in the evening you can enjoy the decorative lighting, which makes the park even more beautiful.

Not only couples love this place, but also children with their parents.