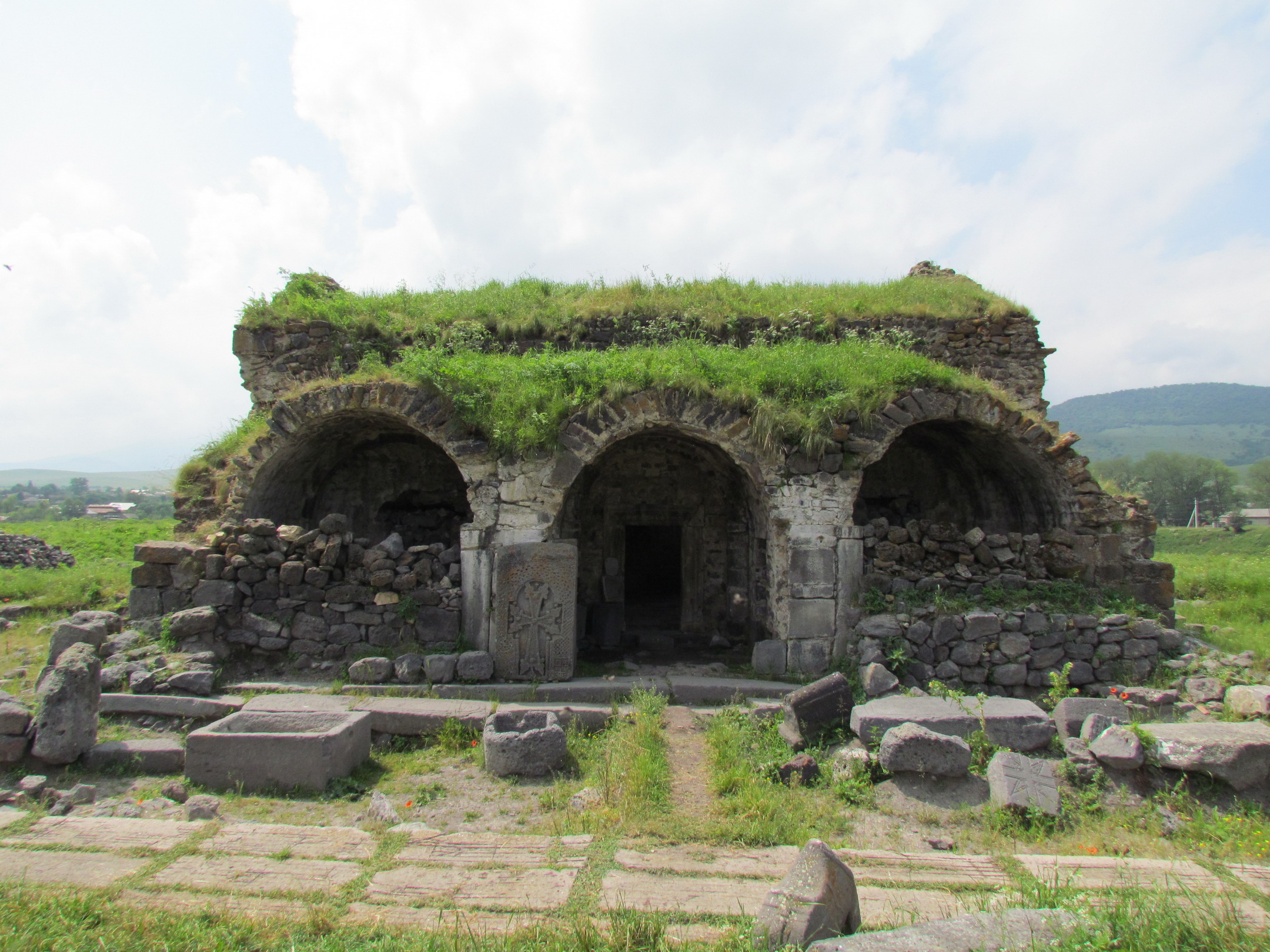 The ruins of a medieval fortress-town Loriberd are located on the left bank of the river Dzoraget, with the view of the wooded slopes of Bazum mountains near the town of Stepanavan. This place is the center of the kingdom of Lori in the X-XII centuries.

The town is extended on the plateau with triangular shape, fenced with deep gorges of mountain streams Miskhan and Dzoraget. The fortress, citadel has been founded In this inaccessible place in the tenth century. It occupied an area of nine hectares and was protected by a powerful defensive wall stretching about 200 meters. The only gates of the citadel were constructed in the northeastern part of the fortifications. Only the ruins of some buildings of the fortress have survived to our days.

The city surrounding the powerful fortress occupied an area of about 25 hectare. The city in its turn was surrounded by walls, only remnants of the foundations of which have been preserved.

These buildings were connected to the outside world with two bridges thrown across the gorge. Today the visitors of the fortress can see the foundations of one of them, while the second bridge is preserved in its full glory. It’s an easy single span structure with a lancet arch, relaxed at the top of a small arc, smoothly connecting both major curves.

The fate of Loriberd fortress is somehow sad, just like the fate of most of the medieval towns in Armenia. Tatar-Mongol hordes besieged and captured it in 1238, ravaged without mercy. Then, for several centuries the fortress became the prey of foreign invaders several times. Townspeople gradually left it at the end of XVIII century only a small village has remained on the site of once a mighty fortress, which was moved to the west of the ancient city in the XX century.

Household items and tools were found here during excavations. These items provide insight into the history and culture of medieval Lori region.