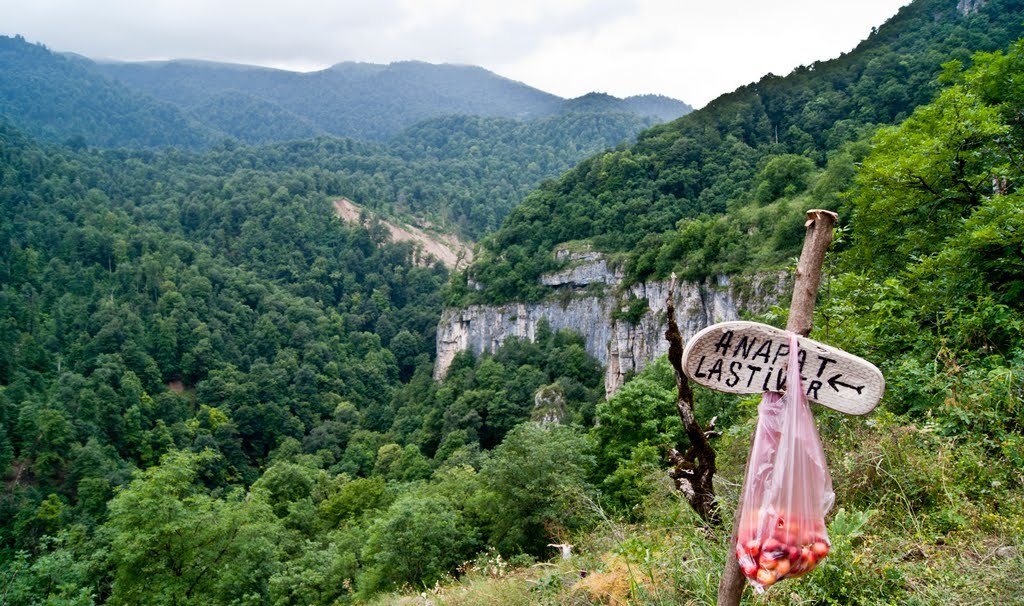 Lastiver is one of the most picturesque places in Armenia. Lastiver is located in Tavush region, which is mostly covered with forests.

The picturesque hillside gorge Khachakhpyur is one of the regions of formation of cave architecture. Located in a dense forest complex of Small Anapat – a rare synthesis of natural and man-made niches, settles for thousands of years, until the period of maturity of the Middle Ages. Since the times of the Mesolithic niche in the grotto is cut through arched here – a crucial step in the human way to the top of architecture. Just below the caves, at the lowest point on the gorge, tourists will see a cascade of beautiful waterfalls. On hot summer days, visitors can swim in the cool waters of the river Khachakhpyur.

Many people wonder what does “Lastiver” mean. The fact is that during Mongol invasions in 13-14 centuries locals found their shelter in this cave. The cave is located on almost flat slope of the canyon. In order to reach the cave people constructed a ladder, which reminded a raft. From then on the location has been called “Lastiver”, which is translated as “up the raft”.

The very cave complex consists of two major sites located within 250 meters of each other. The first one known as small Anapat represents a cut through the rock two-story building of 13 century. On the walls of caves the unknown artists left the bas-reliefs of amazing beauty, perfectly preserved to this day. Caves of Lastiver are located  in the valley of the river Khachakhpyur 3 km from Enokavan , a village in Tavush region.  It takes about 2 hours to get there from Yerevan.

The path to the cave runs through dense forest, the tree cover of which consists mainly of oak, and hornbeam – the most typical representatives of the so-called Ijevan floristic area of the Caucasian province. At selected sites, you can also see different kinds of maple, as well as ash, wild rose and honeysuckle. On their way visitors can meet and permanent inhabitants of the forest – a raccoon, badger, fox, at least – forest cat, lynx, weasel, and a stone marten. In some areas you can also meet wolves and brown bears.

It’s important to know, that you can get to caves only on foot, so make sure your outfit is proper for a long walk. […] region has a lot of places worth visiting, among which – Dilijan city, Parz lake, Lastiver caves, Makaravank monastery, Haghardzin monastery […]