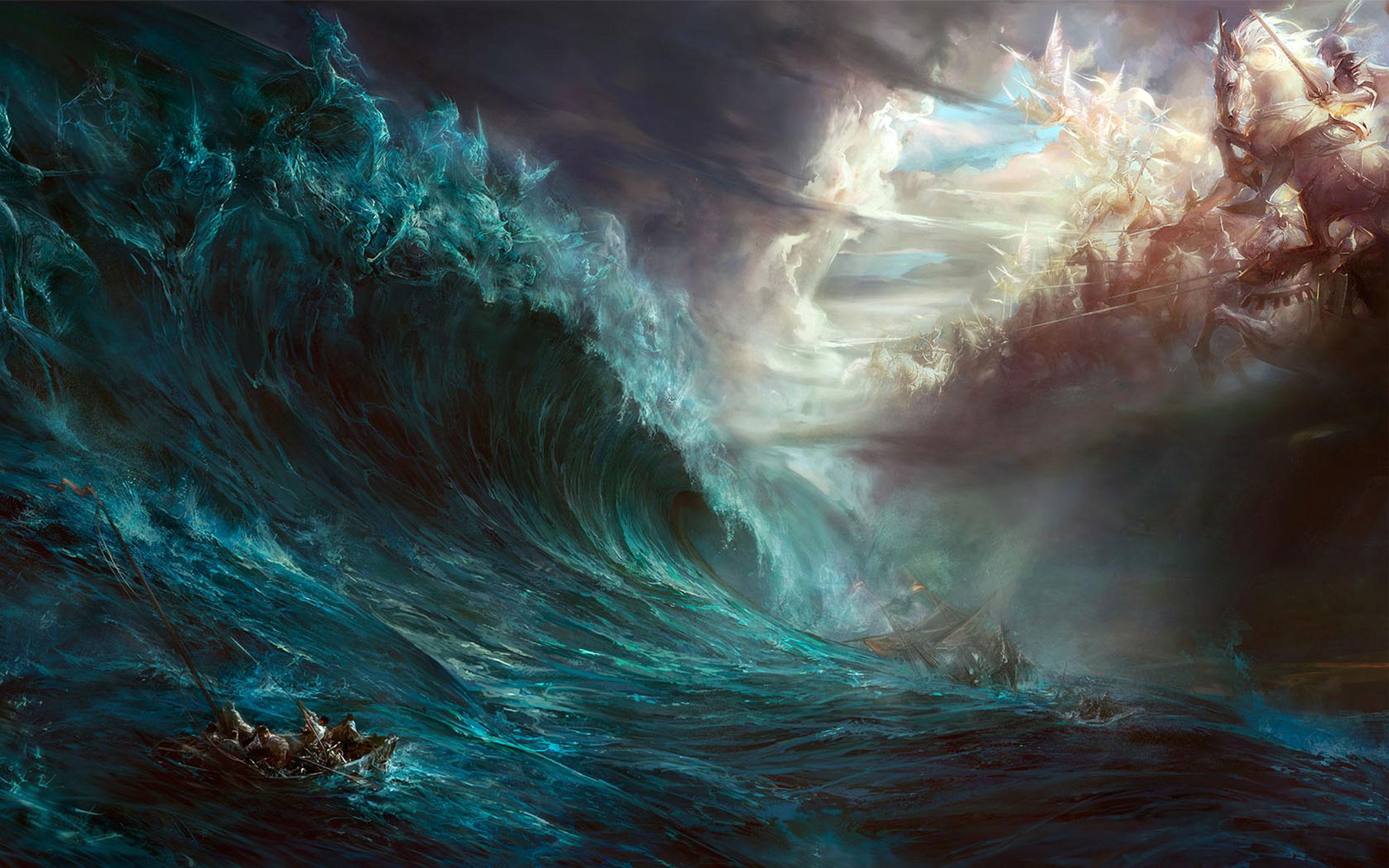 “The sea is my life”, – said Aivazovsky, passionately and, indeed, deified and worshipped this object of his indefatigable love.  He was a painter of Armenian descent living and working in Crimea, most famous for his seascapes, which constitute more than half of his paintings. He created about 6,000 paintings over many decades. His creative work is like a sea encyclopedia and it lets us see in great detail all the states of the watery element.
In the 18th century, Aivazovsky’s ancestors moved from Western (Turkish) Armenia to the south of Poland. At the beginning of XIX century, merchant Konstantin (Gevorg) Gayvazovsky moved from there to Theodosia. On 17th July 1817, in the register of birth at the local Armenian Church was made a record that “Hovhanness, son of Gevorg Aivazian” was born. His parents’ family name was Aivazian. Some of artist’s paintings bear a signature, in Armenian letters, “Hovhannes Aivazian”.
Little Hovhannes demonstrated unique ability for drawing and music, and he could play the violin. Aivazovsky received his primary education in an Armenian parish school. With the help of the mayor of Feodosia, in 1833, he left for St. Petersburg and entered the Academy of Arts. Here he was taught by the well-known landscape painter, Maxim Vorobyev; then by A. Zauerveid; and for a short period of time he was taught by the maritime artist, F. Tanner, who had been invited from France.
The masterliness of Aivazovsky developed very quickly. The works exhibited during the years of his studies aroused everybody’s interest, including that of Pushkin. In 1837, Aivazovsky  finished and was awarded a golden medal for a first class honors degree. In 1838, he was sent to the Crimea for two years for independent study where he painted the beautiful works Seashore and Moon over Gurzuf. Sailing on capital ships, Aivazovsky became acquainted with the admirals, M. Lazarev, F. Litke, V. Kornilov, P. Nakhimov, and P. Panfilov, and acquired a deep belief in the power of the Russian fleet.
In 1840, Hovhannes Aivazovsky left for Italy. There he became acquainted with the shining figures of Russian literature, art and science — Nikolay Gogol, Alexander Ivanov, etc. Simultaneously, the circle of his Armenian acquaintances widened, and questions relating to the Armenian situation became increasingly important in his spiritual life. When Aivazovsky arrived in Venice, he hastened to St. Lazarus Island to meet his elder brother, Gabriel, a spiritual affinity with whom he had up to the end of his life.
Aivazovsky worked in Italy with great inspiration and created about fifty large paintings, which were exhibited in Naples and Rome. He also had great success in Venice, and then in Paris, London, and Amsterdam. After meeting Aivazovsky, Martiros Sarian wrote. “His art is the art of the victory of Man and humanity, the abnegation of despotism and violence. Aivazovsky is a painter with a great striving for freedom and of its apotheosis. In all the storms depicted by Aivazovsky, the sea appears as Dame Nature”.
The public and charitable activities of Aivazovsky include the foundation of a new Armenian school and a printing-house in Feodosia, and building of a new church and repair of an old one, he also founded an art college and the Historico-Archeological Museum.
Aivazovsky was a great patriot and during the second quarter of the 19th century, after the Russian-Turkish and especially the Russian-Persian wars, he tried to portray the participants of the battles on the eastern front. It was at that time that he painted “The Capture of Kars at Night” and “The Black Sea”.
In the middle of the 1890s, when it was decided to put an end to “The Armenian Question”, upon the massacre of Armenians, destroying and burning of cultural monuments, Aivazovsky was shook by these events and created a number of paintings:  “The Massacre of the Armenians in Trebizond”, “Night: The Tragedy at the Sea of Marmara”, “Amidst the Waves”, “Explosion of the Turkish Ship”, and so on, and exhibited them in Moscow and Odessa. Other famous works of Aivazovsky are “Calm in the Mediterranean Sea”, “Chaos”, “The Ninth Wave”, “The Caucasus”, etc. His landscapes depicting life in Tbilisi, Lake Sevan and Mount Ararat popularized the genre in Armenian art. He also had a series of works with themes from the bible and from ancient Armenian history.
Hovahnnes Aivazovsky died in 1900 and according to his wish, was buried in the Armenian Church of St. Sarkis in Theodosia. His tombstone has a quotation from historian Khorenatsi’s “History of Armenians” – “Born a mortal, he left immortal memories”. Today, the art of the great artist of the sea is seen as the most beautiful example of the close link between the Russian and Armenian cultures. In 2003, a 3.5 m tall bronze statue of Ayvazovsky was unveiled near the Yerevan Chamber Music Hall.