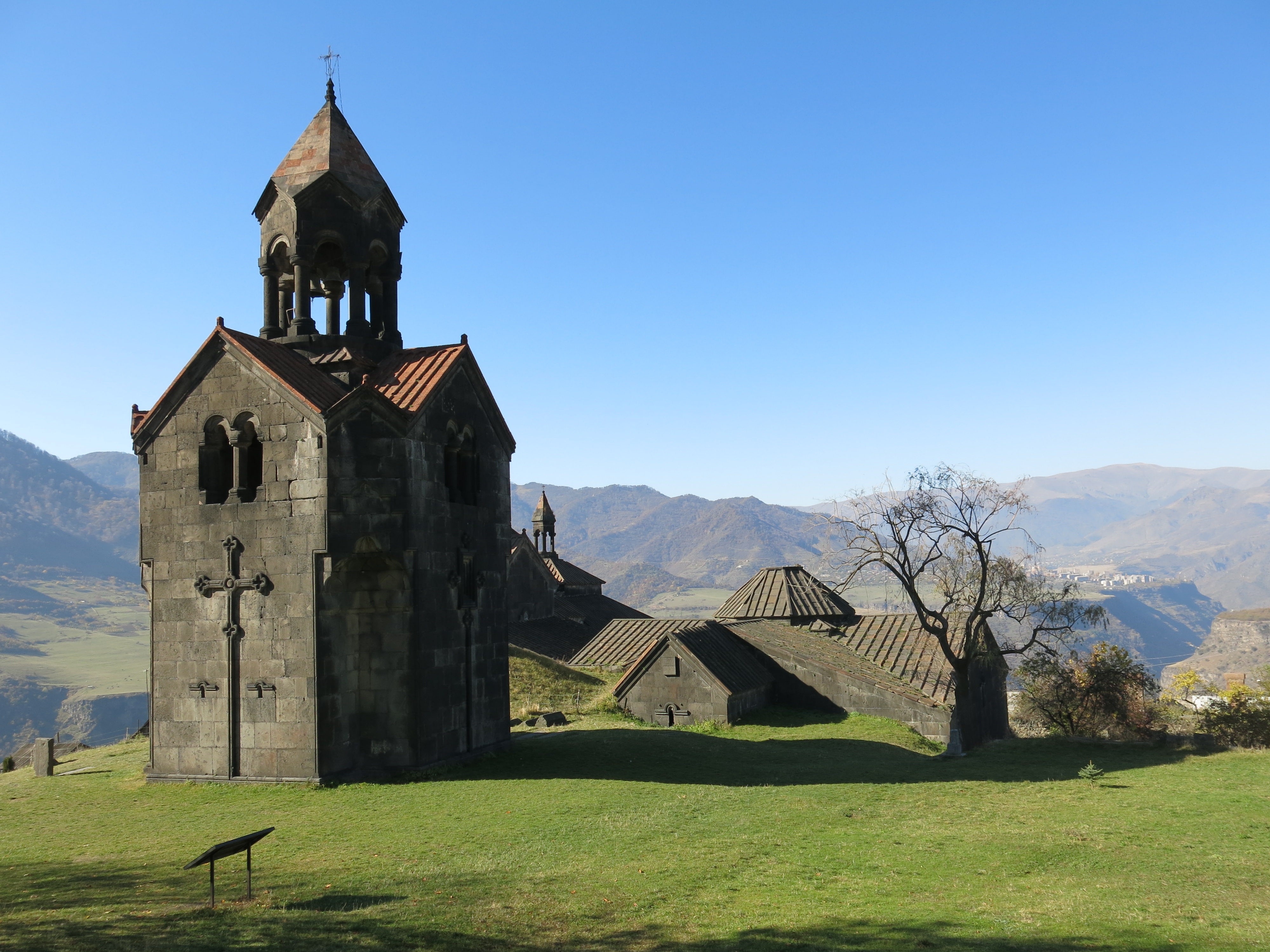 The monastery of Haghpat (the name is registered in the list of World Heritage of UNESCO since 1996) is a monastic complex, centre of medieval education in the same region as that of Sanahin, 6 km from it. The two monasteries of the same era have many common features in the particularity of their composition, details and decorations and both are masterpieces of medieval architecture representing a unique mixture of Byzantine religious architecture with traditional Armenian architecture.

The exact date of the foundation of Haghpat is unknown. Documentary evidence and monuments of material culture suggest that these structure date back to the middle of the 10th century.

Why is the monastery called “Haghpat”? No one knows for sure. But there is a legend, according to which once Duke of Sanahin invited a well-known master to build a monastery. The master came to Duke with his son. During work father and son had an argument, and son left the work and went away. On the road he met another duke, who offered him to build a monastery. When the walls of monastery were seen from Sanahin, workers told the master about it. He went to watch his son’s construction and examined everything. Finally he pressed the wall and said: “Akh pat” (“A strong wall!”). Then father and son embraced and the argument was forgotten. Since than the monastery has been called “Haghpat”. The monastery is located in the homonym village founded by the queen Khosrovanush in 976, dedicated to their children Sembat Gurgoan, represented in a face of Holy Sign church.

The Gavit (atrium) of the church built in 1185 is one of the oldest. The second Gavit, called House of Hamazasp, is the main building of the complex as all the courts, is also the only Gavit built apart from the church. The beautiful two-story tower topped by a rotunda was also raised under the reign of the bishop Hamazasp in 1245. Another building of the monastery is the refectory of the thirteenth century.

Although the monastery has suffered some damage by several earthquakes and attacks, most of the complex remains without major alterations. Haghpat is 185 km away from Yerevan, and it takes about 2,5 hours to get there.