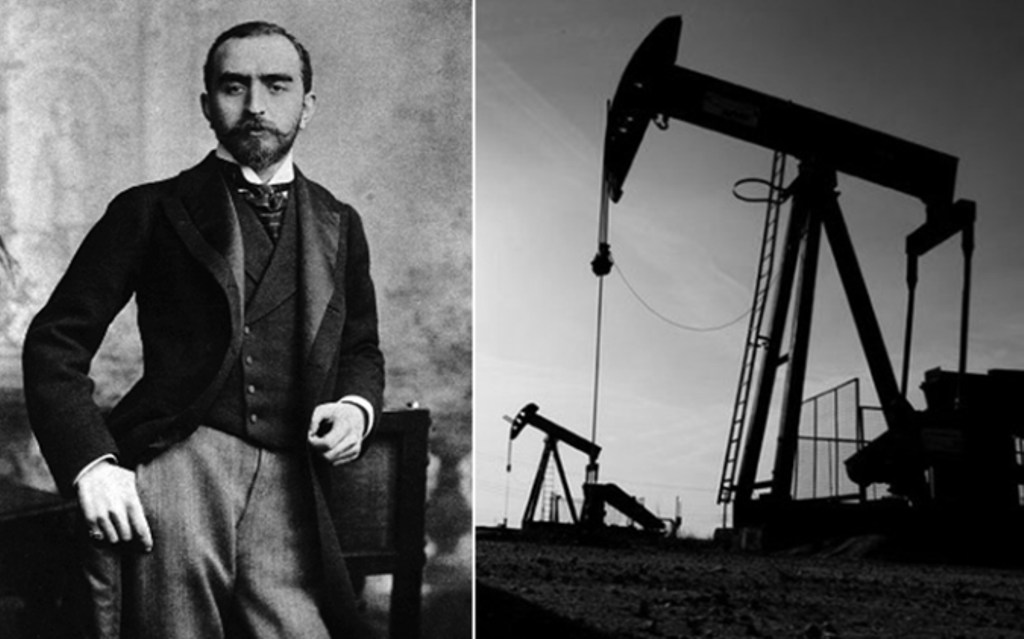 Galust Sarkis Gulbenkian was an entrepreneur and a millionaire of Armenian origin, the largest oil magnate of the mid XX century, philanthropist.
He was born in Istanbul in 1869, the son of an Armenian oil importer/exporter.
In order to improve French language Gulbenkian  was sent to Marseilles, after which he studied engineering at King’s College in London. In 1887, he graduated from Oxford University with the qualification of a petroleum engineer. At the age of 22, he traveled through Transcaucasia and visited the oil fields in Baku.
In 1898, Galust Gulbenkian  was appointed economic adviser to the Ottoman Embassy in Paris and London. The position, along with British citizenship, provided Gulbenkian  with influence as in Europe, and in Middle East, especially in Ottoman Turkey.
At the beginning of the 20th century, Gulbenkian  was actively involved in organizing the world’s oil production, helping the largest companies in the world to optimize production. In 1907, the result of his work was the merger of the Dutch and British oil companies into Royal Dutch Shell, for the work Gulbenkian became a shareholder. Later Gulbenkian  participated in the creation of other oil companies (Turkish Petroleum Company, Iraq Petroleum Company …), always receiving a reward of 5% of new companies, for which he earned the nickname “Mr. Five percent”.
Galust Gulbenkian is the first Armenian billionaire. He has largely supported the Armenian Diaspora communities. In 1938, before the beginning of the Second World War, Galust Gulbenkian  incorporated in Panama a company to hold his assets in the oil industry.
Due to the donations of Gulbenkian were built and opened Armenian schools and hospitals in areas inhabited by the Armenians in Turkey, Lebanon, Syria, Iraq, Jordan, Armenian churches were built in the Middle East, Iraq and Lebanon. In 1929, he built the famous library of the Armenian Patriarchate in Jerusalem. In 1922, Gyulbenkyan also built Church of St. Sarkis in London.
At the end of 1920, when the Soviet Government, lacking in foreign currency for industrialization, decided to replenish the budget by the sellout of the museum collections, the first buyer of the masterpieces of the Hermitage was Galust Gulbenkian. Gulbenkian’s collection of paintings includes the works of Bouts, Lochner, Carpaccio, Manet, Renoir, Degas and Monet, and others.
In April 1942, he traveled from France to Portugal. He lived in Portugal for 13 years until his death. Gulbenkian founded a charitable fund, which operated on a global scale. This fund has inherited not only a share of the oil company of Gulbenkian, but also his rich collection of works of art, for the display of which, in 1969 a museum was opened in Lisbon named after Galust Gulbenkian.
In the Portuguese city Oiras is located Academy of Sciences of Gulbenkian, which conducted extensive research in the field of microbiology, biotechnology and genetics. In the former house of Gulbenkian on avenue Levan in Paris, is located the Gulbenkian cultural center, where since 1969 have been held various public readings and courses, conducted various research projects, organized scientific conferences, concerts, festivals and exhibitions.
The main purpose of the fund “Galust Gulbenkian” is to support scientific, cultural, educational, artistic and humanitarian endeavors. The Fund’s assistance is used by over 70 countries.