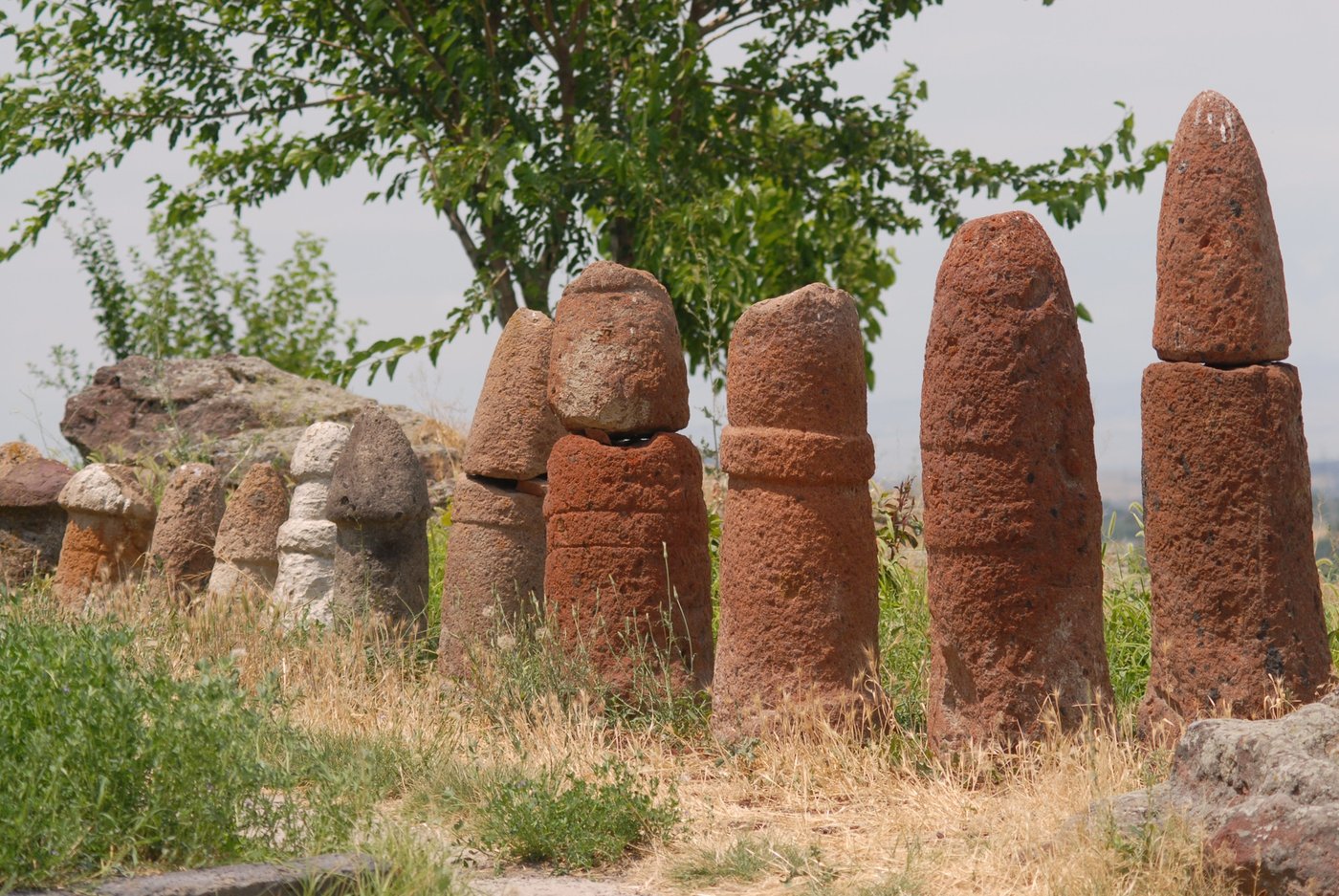 The ancient castle-residence of Metsamor is one of the magnificent monuments of the world culture. It is 35km South-West from Yerevan, not far from Taronik village, on the bank of Metsamor river.
Since 1965 systematic excavations are carried out in Metsamor. Excavated cultural strata date back to the three periods of the Bronze Age (early, middle and late), early and developed periods of the Iron Age (Pre-Uratian, Urartian and Antique), the Middle Age. Findings of the excavations evidence, that even in the Early Bronze Age (3rd millenium B.C.) Metsamor was a prosperous cultural centre. International value of Metsamor, is that the first well-maintained copper smeltary (4th millennium B.C.) is here. It is in Metsamor that the human being was firstly acquainted with the metal (copper, bronze, iron) working secrets. The whole system of smeltary with its blast furnace and boilers built within the rocks is well maintained.The scientists have found out, that Metsamor was a major residence, which occupied 10,5 hectare area, had a big town-residence surrounded by cyclopean wall, as well as a ziggurat observatory. Round-shaped dwellings with attached utility buildings were constructed in the castle- residence of Metsamor. In the early Iron Age (11-9th centuries B.C.) Metsamor was a city. The citadel, observatory and the residences occupied nearly100 hectare area. The palace buildings, temple complex with 7 sanctuaries, and production units have been concentrated in the castle. Huge stone-made graves framed with red tuff tales have been excavated during the diggings in the field of graves spread in 0.5km North-East from the Citadel. These are the graves of Leaders, many horses, major and minor horned cattle, dogs and even servants, slaves have been sacrificed in honour of them. The most noteworthy of the buried objects were the enameled ceramic pots, decorated wooden caskets, adornments of gold, silver and semiprecious stones, paste, and etc.
Historical- archeological museum has been opened in 1968. Currently 22000 objects are collected and stored here.