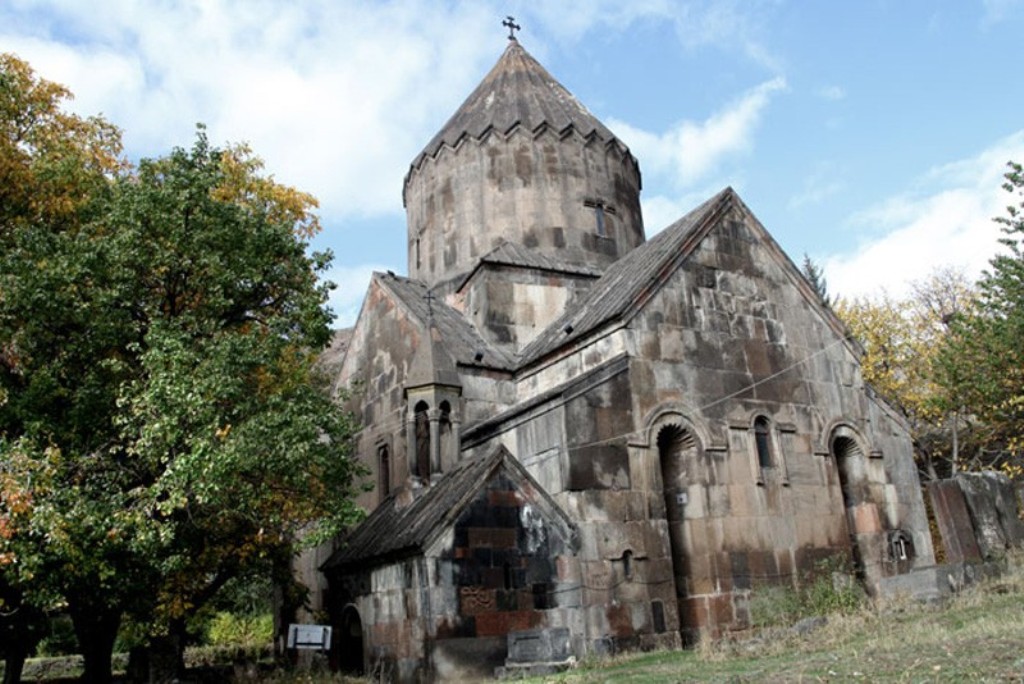 Bjni is a village in the Kotayk Province of Armenia, not far from Yerevan. It is situated in a valley between canyon walls and a small river. Bjni is distinguished with its mineral waters and historical monuments.

The remains of the 9th to 10th century Bjni Fortress of the Pahlavuni family sit along the top and sides of a mesa that divides the village almost in half. The larger portion of the village is located west of the mesa and curves south, while a smaller portion is east. Bjni was called “the place where Gods live” for the thing that the fortress was impossible to occupy. The secret was that the village was connected to the neighboring village through three underground ways and that is why the people attacked always were provided with the food.
The walls of the fortress can be seen only from the western side of the village of Bjni. They are now half-ruined. Bjni is the also famous for other sights. The largest of the churches is Surb Astvatsatsin, which sits within the village just west of the mesa.The Church of Saint Astvatsatsin was built by Gregory Magistros, Armenian linguist and scholar. He constructed the church in 1031.To the south of the church there is a vaulted chapel dating to the 13th century. There is a huge khachkar (cross-stone) in the niche of the chapel’s western wall.

Various popular masters of stone-carving used to work in Bjni and it is seen by the number of precious khatchkars found at the eastern wall of the church.

To the south of the church a few houses down, there is the small church of Surb Gevorg built in the 13th century. Some nice khachkars are built into the walls of the structure.
On the eastern portion of the village atop a rock outcrop next to a modern cemetery is the church of Surb Sarkis built in the 7th century. It is the smallest of all of the churches. There is supposedly three other chapels/shrines in the vicinity, one of which sits between the fortress and the village and is constructed of very large stone.
Another sight worth seeing is the rock named Tsakqar (Holey stone). It is truly one of the nature’s wonders. The rock represents a huge natural arch, which is seen when you arrive to Bjni. There is an interesting legend regarding the naming of Tsakqar. They say there is a cool spring, the water of which doesn’t get frozen in winter and which operates seven mills. It is believed, that the spring has made a hole in the near rock, and that gave the name to the rock. Bjni is onlu 44 km away from Yerevan. You can get there in about 45 minutes.