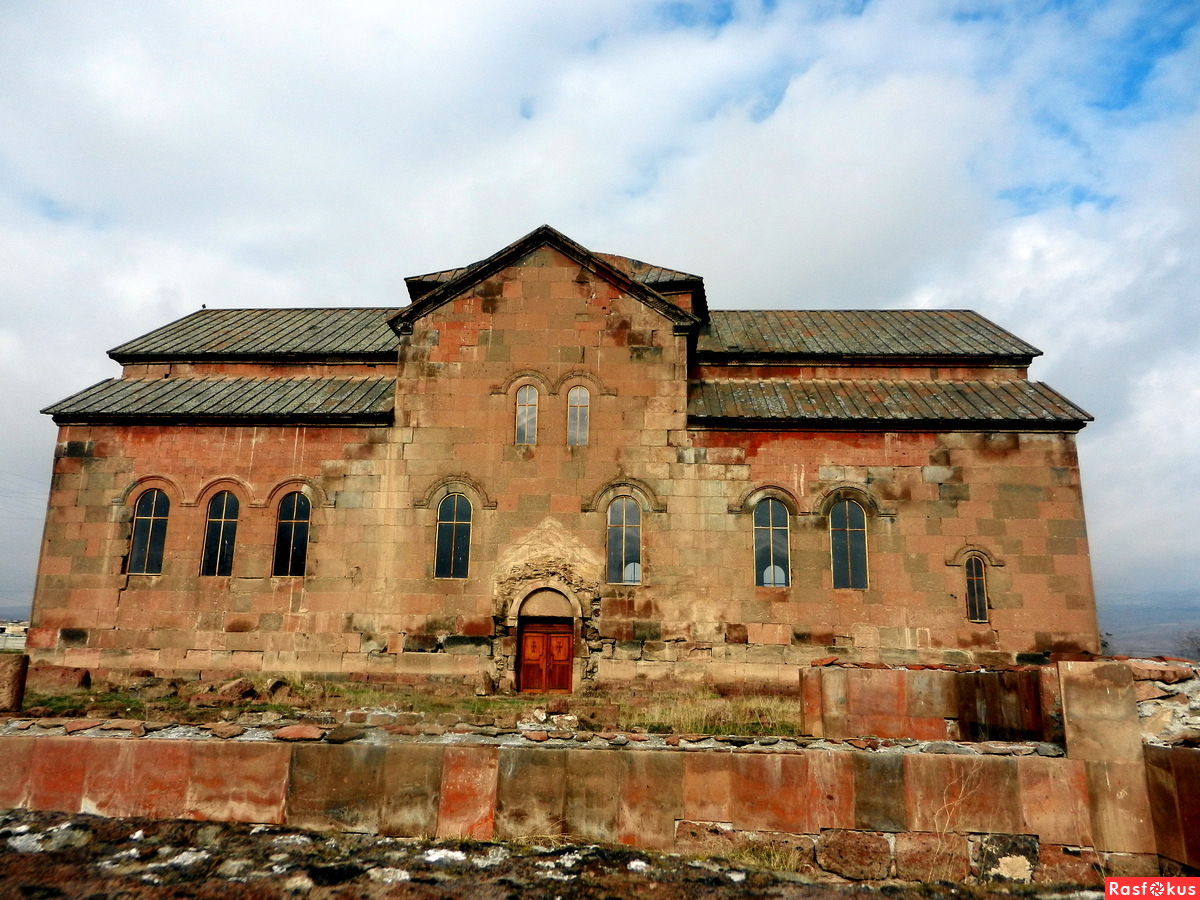 The village Aruj (Aruch) is one of the oldest settlements of Armenia. Aruj’s history is often mentioned in chronicles of the V-XIII centuries. It was chosen as the administrative and military centre of Armenia at the time of Prince Grigor Mamikonian (661-685). From this time two important monuments, the Church of San Gregorio and the princely palace were built and became known. The temple is among the ruins of the princely palace of Grigor Mamikonian, a palace before the temple and a pre-Christian cemetery.

Aruj temple is famous for its beautiful wall paintings. Though they are heavily damaged, you can still see different scenes, illustrated on frescos. Of course, the main theme is religion.

According to manuscripts, there was a palace, also built by Grigor Mamikonian. In the middle of 20th century, the remains of the palace were found not far from the temple. This palace is a unique monument of medieval Armenian secular architecture.

On the eastern side of village the remains of Aruj fortress are found. Aruj temple is located in Aragatsotn region of Armenia, 48,5 km from Yerevan. It takes only 45 minuts to get there.

On the way back to Yerevan, to the right of the Yerevan-Gyumri road are the remains of a karavansaray from red tuff of XIII century containing three wings of which only one has remained. It holds three arches covered with a two-slope roof.