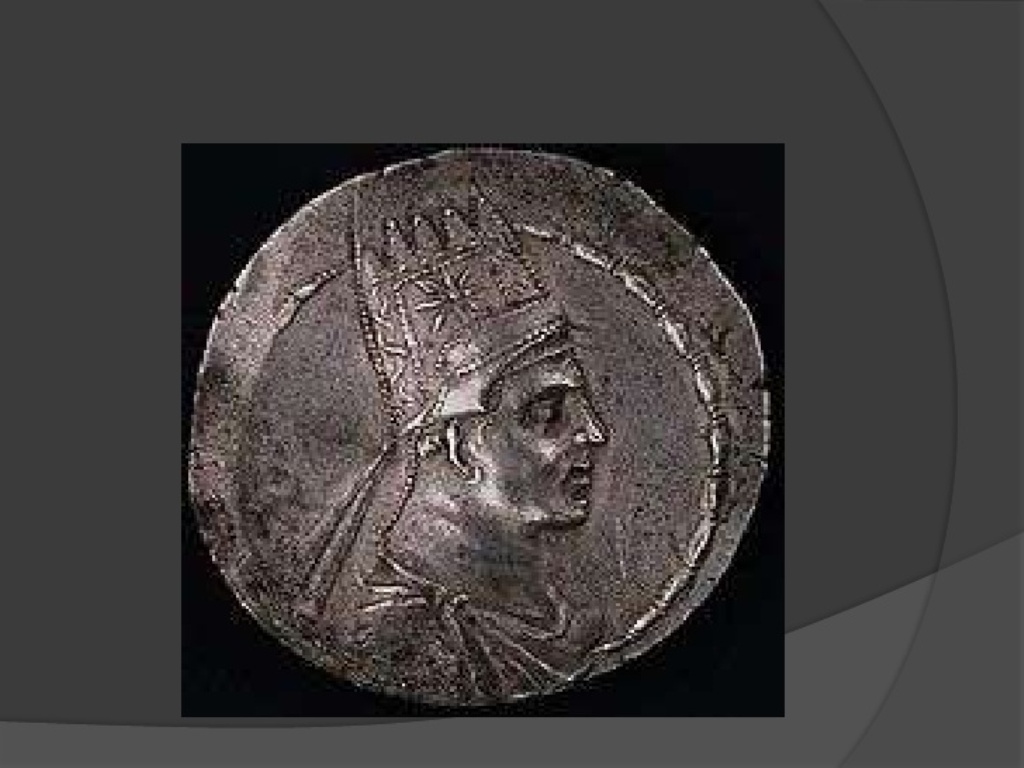 Artavazd II, son of Tigranes II, was the king of Great Armenia from 56 to 34 BC. Like his father, Artavazd II fought against Rome for the elimination of dependence of Armenia. He refused to give Rome the required military assistance in the war against Parthia (pursuant to the conditions of Artashat Peace agreement signed by his father), but instead he sided with the Parthians. This decision may have predetermined the outcome of the battle at Carr in 1953 BC, where the Romans led by Crassus were defeated by the Parthians. The outcome of this battle has strengthened the independence of Greater Armenia. The Parthian-Armenian military alliance that had been established at the same time helped both countries to better resist Rome. Artavazd II has gained back Sofena and Small Armenia previously captured by Rome. Armenian troops, had apparently participated in the march of Parthian prince Pacorus (40BC. er.) against the Mediterranean provinces of Rome.
Later, however, after the defeat of the Parthians in the city of Gindary in 38 BC., the king had still had to acknowledge dependence on Rome. In 37-34 BC the Roman general Antony, in the management of the eastern part of the Roman dominions, had began a new war with Parthia, with the assistance of Egyptian queen Cleopatra. After Aratvazd II refused to participate in a campaign against Parthia, the Romans around 34 BC had invaded Armenia. Anthony managed to lure Artavazd into his camp (under the pretext of negotiations) and had taken him prisoner.  The king Artavazd was taken captive to Egypt, where he participated in the triumphal procession of Anthony (as the loser). At the time of triumph, arranged by Anthony in 34 BC in Alexandria locally about his victory over Armenia, he gave Artavazd and his family chained in gold chains to Queen Cleopatra. Artavazd behaved far humbly and enraged Cleopatra ordered to throw him into prison. Three years later he was beheaded.
Artavazd II is also known as a historian, writer, playwright and an activist of Hellenistic culture. According to Plutarch, he wrote drama and speech in Greek. There is an episode from his biography that is particularly notable. When the Roman general Crassus was killed in a battle with the Parthians at Carr (Harran) in Mesopotamia (53 before BC), Parthian commander Suren, who commanded the troops had sent the head of Crassus to Parthian king, who at that time was in Artashat (the capital of the Great Armenia) at the wedding of his heir and his daughter to Artavazd. Both kings attended the presentation of the tragedy of Euripides’ and an actor took the head of Crassus instead of a fake head, with the words: “Here is a deer antler, killed by us on the happy hunting”.