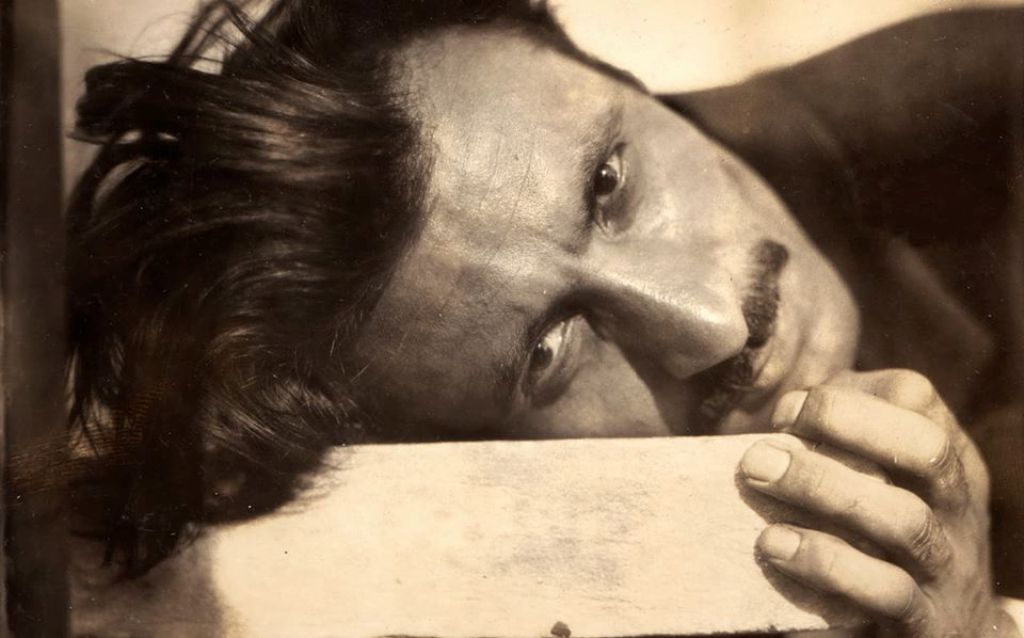 Arshile Gorky  (the real name and surname is Vozdanik Adoian) (1904-1948), was an Armenian American painter, one of the leaders of abstract expressionism. He was born in Khorgom (Turkish province of Van) on 15 April in 1904 in the family of a merchant. Fleeing away from war and persecutions of the Armenian population, Gorky moved to Tbilisi and then in 1919 to Batum with his family. In 1920 the family of the painter has emigrated to the United States of America. Gorky attended the Drawing school in New York, Rhode Island in Providence, then (1926-1931) he taught at the Drawing School and at the Central Art College of New York. In his artistic name Gorky combined the name “Arshile” (“Achilles” in Armenian) with the last name “Hills” (in honor of Maxim Gorky). Among his friends at collage were Stuart Davis, and, since 1933, Willem De Kooning.
His art was strongly influenced by the art of Picasso, especially by  the interiors of workshops (1927-1928). Works of this period  by Gorky are characterized by dynamic compositions, with rigid linear contours (“The Artist and His Mother”, 1926-1936, New York, Whitney Museum).
In his paintings, especially in the late 1930’s, organic forms that appeal to the scientific ambiguities become more common (“Garden in Sochi”, 1941, New York, Museum of Contemporary Art). In 1942, during the war, Gorky teaches camouflage, which allows the artist to determine the ratio of real and “surreal” images. Of great importance in this case was the meeting with Andre Breton and the Surrealists, as well as a technique of automatism and biomorfizm of Matti and, especially, Miro two years later. Breton called Gorky’s images of the unconscious, original archetypes or primitive characters with more or less implicit sexual meanings “hybrids”.
The artist, combining figurative art and automatic actions in his work, belongs both to surrealism (he was the last member of the group), and to abstract expressionism, as he is considered to be one of its founders (“The Liver is the Cock’s Comb”, 1944, Buffalo, Albright Knockea gallery; “Water of the Flowery Mill”, 1944, New York, Museum of Contemporary Art). His paintings, drawn not with oil but with light water paint, are crossed by smooth calligraphic lines that create a sense of some kind of secret organic life. One of the best paintings of this period is the  “Landscape Table” (1945, Paris National Museum of Modern Art, Pompidou Centre). In his recent works forms become more rigid and menacing (“Agony”, 1947, New York, Museum of Modern Art), which seems to be consistent with his sufferings: in 1946 a fire in his studio destroyed 27 of his paintings, and the following year he fell ill seriously. In 1948 Gorky commited suicide. His graphic works (1929-1947) were presented in 1991 at an exhibition in Marseilles.