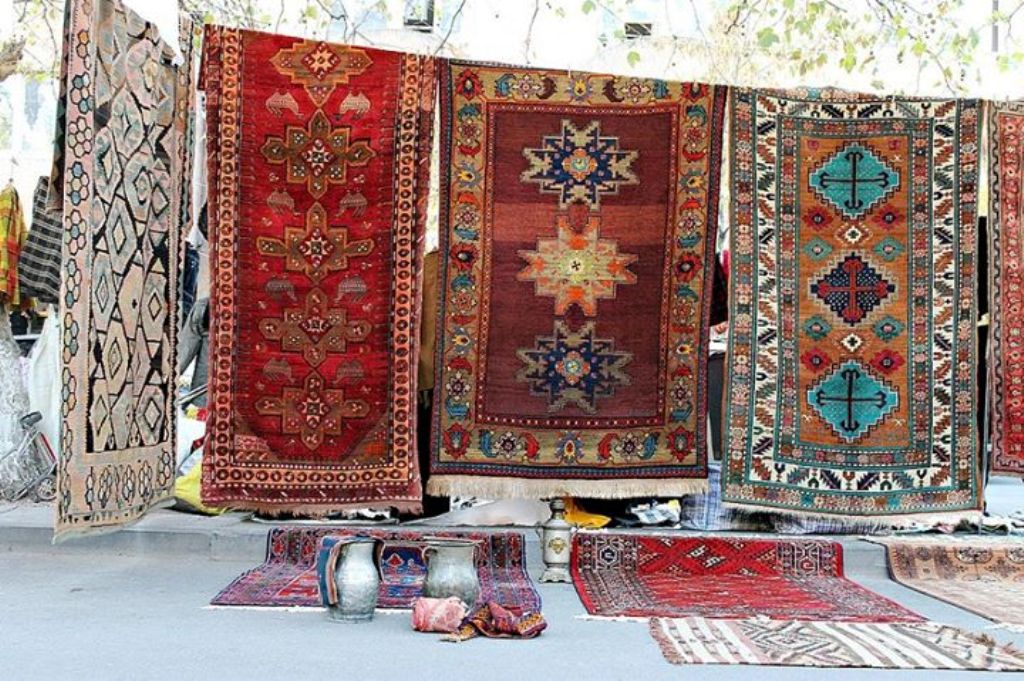 The idea and style of Armenian carpets are closely intertwined with the Armenian pre-Christian faith, and probably has its roots in the era of shamanism, when for the first time people began to depict the symbols of God, protection, fortune, glory, sacrifice, ancestors, etc. on their garments made of skins of wild animals. After the invention of weaving, it was replaced by fabric. Sacral (divine, solar, astral and other) symbols and ornaments were depicted equally both on clothes and on rugs, but, however, rugs were distinguished with special holiness.

Since ancient times it was believed, that the carpet with sacral signs hanging on the wall in the house protected the family granted success and prosperity. It is natural that such carpets were not spread on the floor or on a table. Though floor coverings and tablecloths could also have some protective and lucky signs, they had no symbols of God, ancestors, light, etc., since it would be sacrilege to walk with such symbols. It is important to note that the carpets were hung not on every wall, but on the “major” one, on which weapons and later portraits and photographs of their ancestors were hung as well in ancient times.
The most common symbols of Armenian carpets are symbols of God, which in the old Armenian faith are often identified with light, and then with the sun and stars. These symbols consist of a cross and cruciform signs (including swastika and multi-final stars). The Armenian carpets were always appreciated very highly. They covered walls and floors of Arabian caliphs’ palaces. They were considered a symbol of status and wealth.

Armenian traders took out Armenian carpets to Europe and Russia.

Armenian carpets are still in great demand all over the world.

You can find high-quality hand-made carpets every weekend in oper-air market called Vernissage. Carpets are not only part of Armenian history and culture, but also modern Armenian economy.