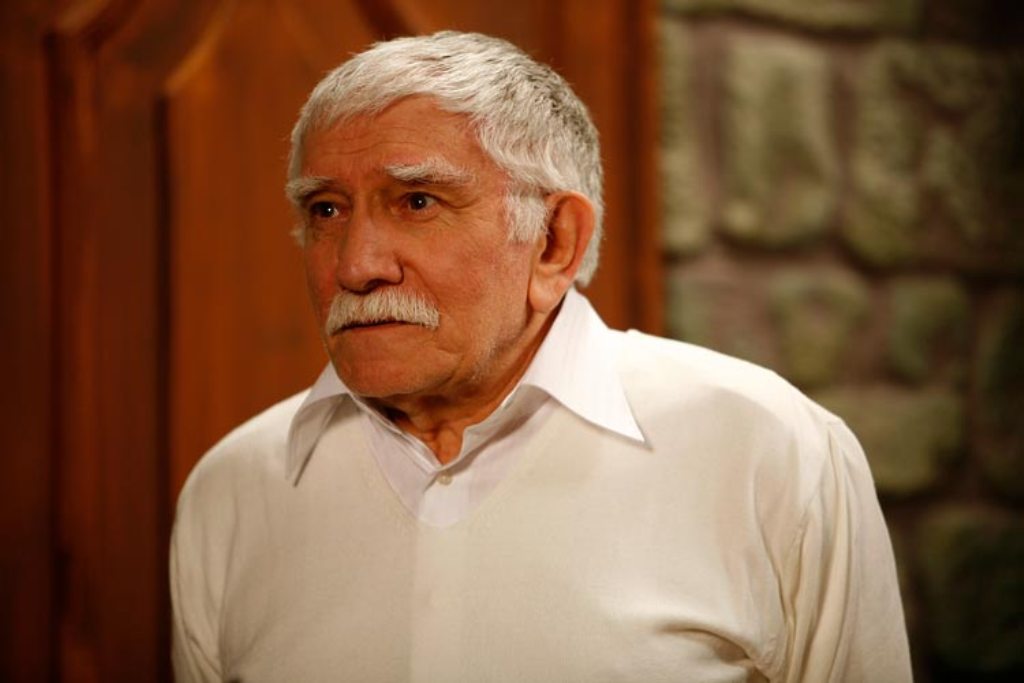 Armen Jigarkhanyan, born on October 3, 1935 in Yerevan, is one of the most popular Armenian and Soviet actors. He starred in dozens of films and provided the voice for many cartoon characters. Even during his school years, he became interested in theater and cinema. He worked as assistant cameraman at “Armenfilm” studios in 1953-1954. In 1958, Jigarkhanyan graduated from the Yerevan Fine Arts and Theatre Institute, course of A. Gulakyan.
The actor first appeared on the stage in January 1955, in the play “Ivan Rybakovat the Russian Stanislavsky Theater in Yerevan and in 1967 moved to the Lenkom Theater in Moscow. In 1969, Jigarkhanyan started to play with Andrei Goncharov in the Mayakovsky Academic Theater. In 1996, Armen Jigarkhanyan left the Mayakovsky Theater, but continued to perform on the stage in the plays of other theaters.
The actor made his debut in the movie in 1960 with the role of Hakob in the movie “Collapse”. Jigarkhanyan became famous with one of his best film role – a young physicist Artem Manvelyan in the film “Hello, it’s me!” of Frunze Dovlatyan.
All in all, a few decades of his film career, Armen Jigarkhanyan played nearly two hundred film roles, becoming one of the most popular Russian actors. He has diverse roles in the films of the best Soviet and Russian directors, in strips of different genres, in comedy and adventure scenes, in dramas and musical movies. For example, it is sufficient to mention such beloved movies like “Hello, I’m Your Aunt!” of Viktor Titov, “Dog in the Manger” of John Fried, “The Venue Cannot Be Changed” of Stanislav Govorukhin, “Crown of the Russian Empire” of Edmond Keosayan, “Tehran-43” of Alexander Alov and Vladimir Naumov, “Two Arrows” of Alla Surikova, “Passport” of Georgy Danel, “Shirley-Myrley” Vladimir Menshov, TV series “Ali Baba and the Forty Thieves” and “Queen Margot”.
Jigarkhanyan was awarded the Armenian Republican State Prize in 1975 for “Triangle” and again in 1979 for “Snow in Mourning.” He was named People’s Artist of the Soviet Union in 1985.
The great professional, easy owning acting technique, capable of creating a profound psychological pattern, Armen Jigarkhanyan shares his skills with the students in Moscow Dramatic Theatre.