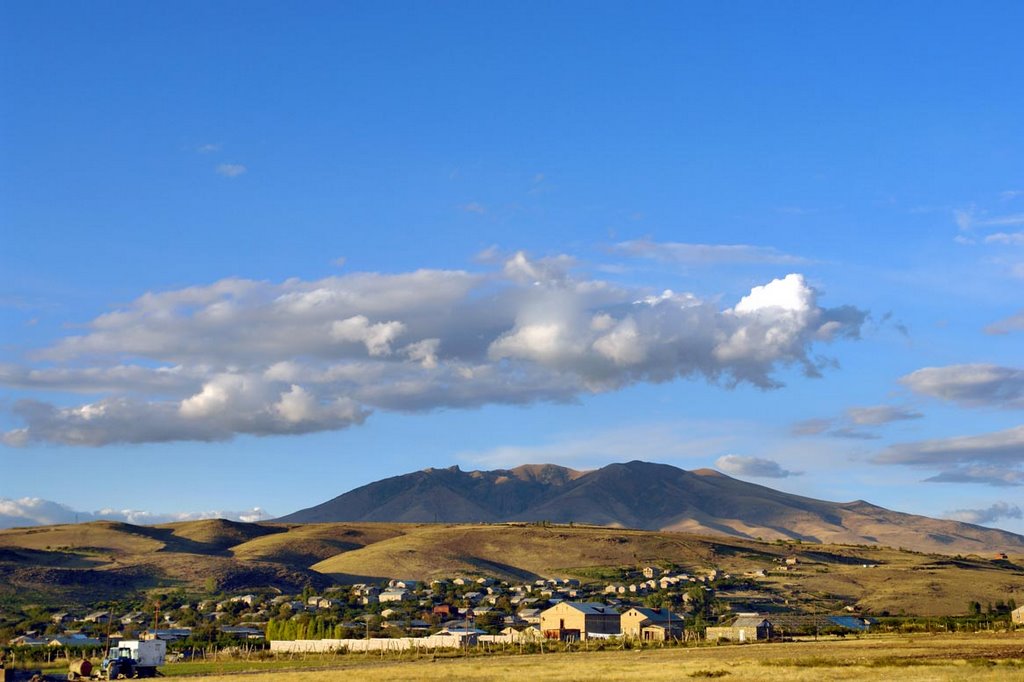 While travelling in Armenia, you’ll probably be surprised, seeing a stone giant with an “Armenian” nose lying far away. There is a legend, according to which Assyrian Queen Semiramis fell in love with Armenian king Ara Geghetsik (Ara the Handsome), but he was faithful to his wife Nuard. Semiramis was insulted and started a war against Armenia, and killed Ara during one of the battles. Legend says, that Semiramis left Ara’s body in of the caves of the mountain, which was named after the king.

The mountain Araler (Mount Ara), situated in Kotayk region, between Hrazdan and Kasagh rivers, is 2577 meters high. It’s an extinct volcano located not far from Mount Aragats.
Araler has always been attracting hikers. The mountain isn’t too high, but not easy to climb at all. Its northern slopes are covered with forests. Southern and Eastern slopes have rock monoliths with natural caves and volcanic loam.

One of the nicest places to visit here is the monastery of Tsaghkevanq, situated on the slopes of Ara Mount. It’s a sacred place for pilgrims and a very beautiful and peaceful place.