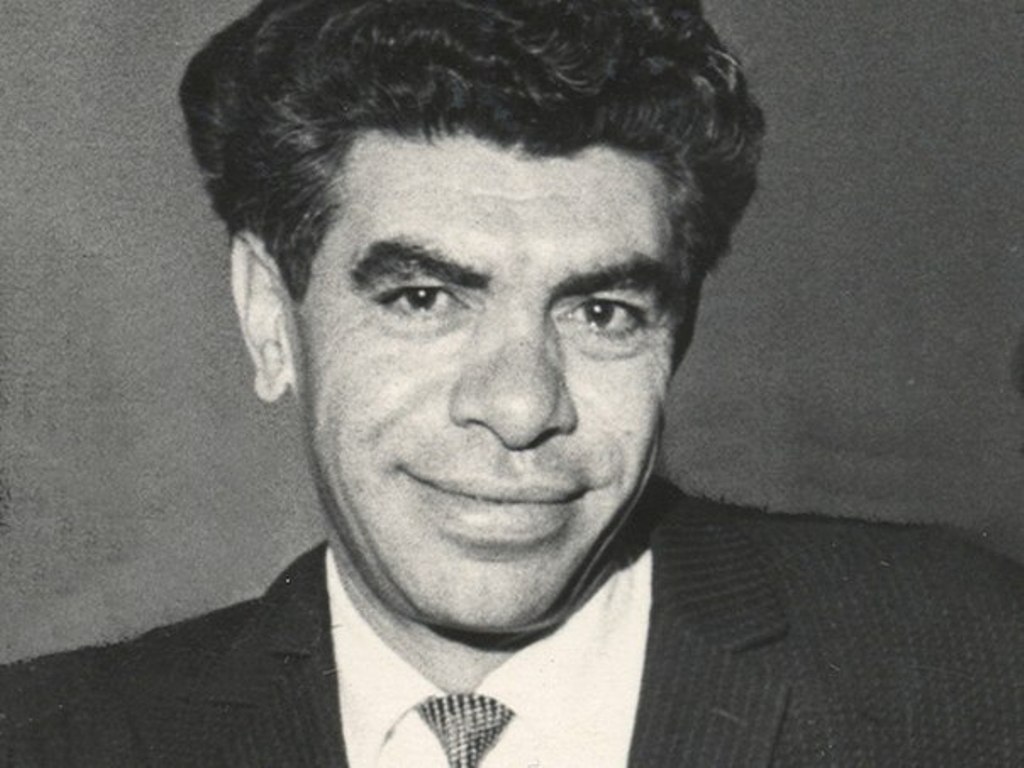 Talented Armenian poet, Paruyr Sevak was born on January 26, 1924 in the village of Chanahchi (currently Sovetashen) in the Ararat region of Armenia. His family moved to Armenia, fleeing from the 1915 Genocide in Ottoman Turkey. Before the birth of Paruyr, his parents lost a son, and, in fact, the poet grew up as an only child.
At the age of five he could already read fluently, knew how to write and his favorite spot was the rural school. Needless to say, that all the years in school he was an excellent student and his favorite subject was literature. He did the first steps in literature at the age of eleven.
After graduating from school, in 1940 Paruyr Sevak joined the Department of Armenian Language and Literature, Faculty of Philology  of YSU. The first years of university study and, consequently, a deeper and more professional acquaintance with the literature in general and poetry in particular has led Paruyr to give up. He decided that after Charents his poetry has no value and he has stop writing and deal exclusively with science.
His first serious step in poetry, is perhaps the poem “To Be or Not To Be, ” written in 1942. His first poems came to light quite accidentally and without any desire of Paruyr Ghazarian. They fall into the hands of Ruben Zaryan, who was at that time the editor of “Soviet literature” and has published three of his poems. After this a number of  collections of poems have been published, including “The Immortal ordain”(1948), “The Way of Love” (1954), “Back to You ” (1957), “Man on the palm” (1963), “Let there be light” (1969) and others.
After graduating from YSU in 1945, Paruyr Sevak was admitted to the Academy of Sciences of Armenia. In the same year he married his classmate Maya Avagyan. They had a son – Hrachya. Subsequently, the marriage fell apart, and Sevak went to study in Moscow. In Moscow he married again – his second wife was Nina Menagarishvili. With his second wife Nellie Sevak had two sons – Armen and Koryun. In 1955 he graduated from the Institute after Gorki and was engaged in teaching activities at the same institute till 1959.
In 1960 he returned to Armenia as already an extremely popular poet.
In 1963-1971 he worked at the Institute of Literature after Abegyan as a senior scientific officer, in 1966-1971 he was secretary of the Writers’ Union of Armenia, in 1967 defended his thesis and received a PhD.
On June 17, 1971, when returning home from his native village, Paruyr Sevak with his wife Nina Menagarishvili got into a car accident. Nina died at once, while the poet was taken to Ararat hospital, however they were not able to save the great poet.