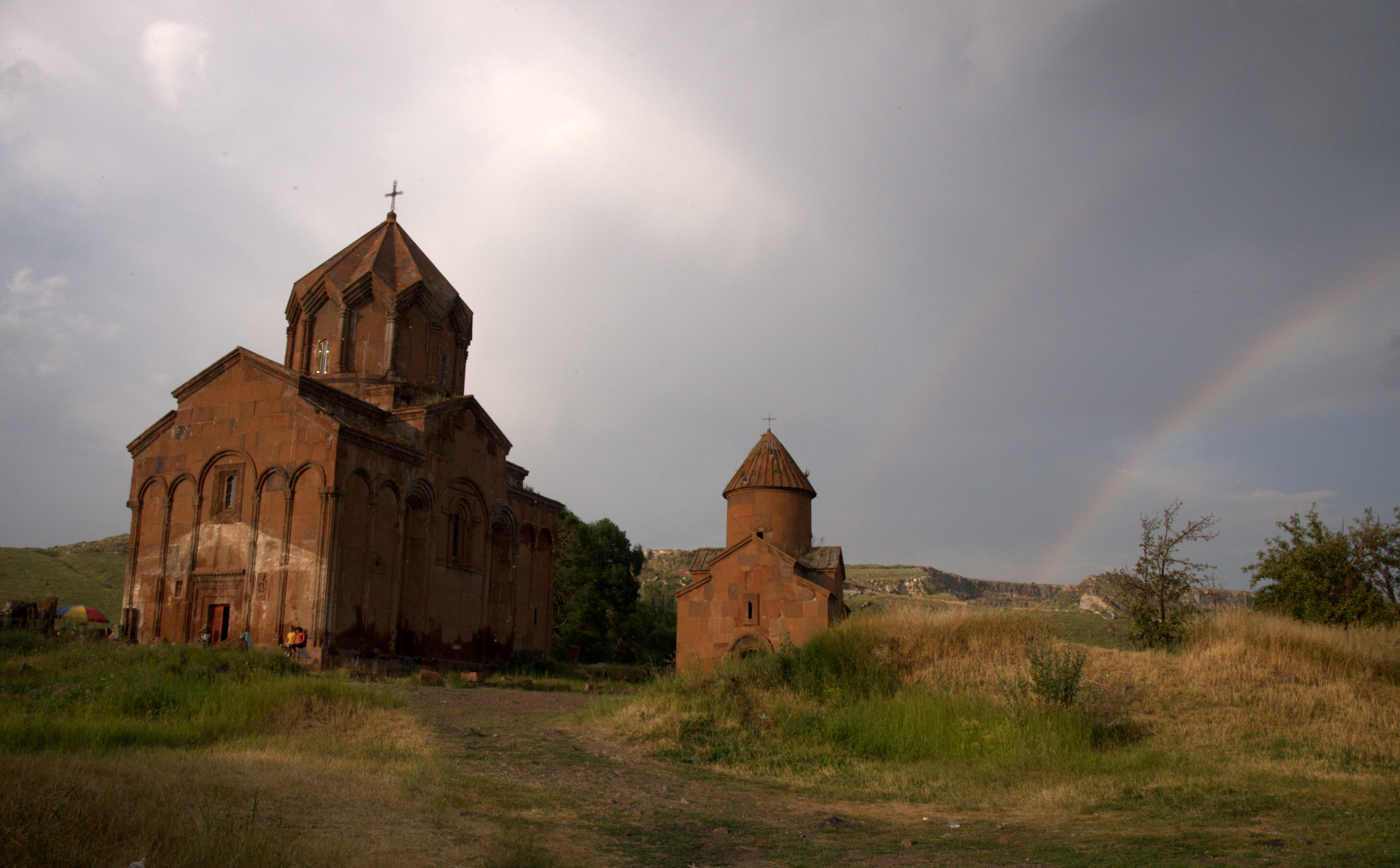 On the left bank of the Akhuryan River, a little below the plateau, in a picturesque place is the monastery of Marmarashen (tenth century). It is located near the village of Marmarashen in the Shirak Province of Armenia.

Marmarashen Monastery consists of five churches, two of which are nearly ruins. The main church of the monastic complex is Katoghike. A long inscription engraved on the south facade of the church mentions that the monastery was founded during 988-1029 by Prince Vahram Pahlavuni, the lord of Amberd fortress, also the sparapet (commander-in-chief) of the army of the Armenian kings of Ani. The name Marmarashen means “a building built of marble”. The monastery is still known locally as Marmarashen, although there is no marble used in its construction.

In 1064, the Seljuk Turks looted the monastery. Right in front of the entrance is the tomb of Vahram Pahlavuni. Katoghike church is a good example of development of Armenian architecture in the tenth century. The monastery was partly destroyed by Turks in the 11th century and was later rebuilt in 13th century. It was destroyed once more by the Mongols and was abandoned. In 1888, Catholicos Khrimyan Hayrik started a limited restoration of the monastery. Marmarashen belongs to Ani school of architecture.