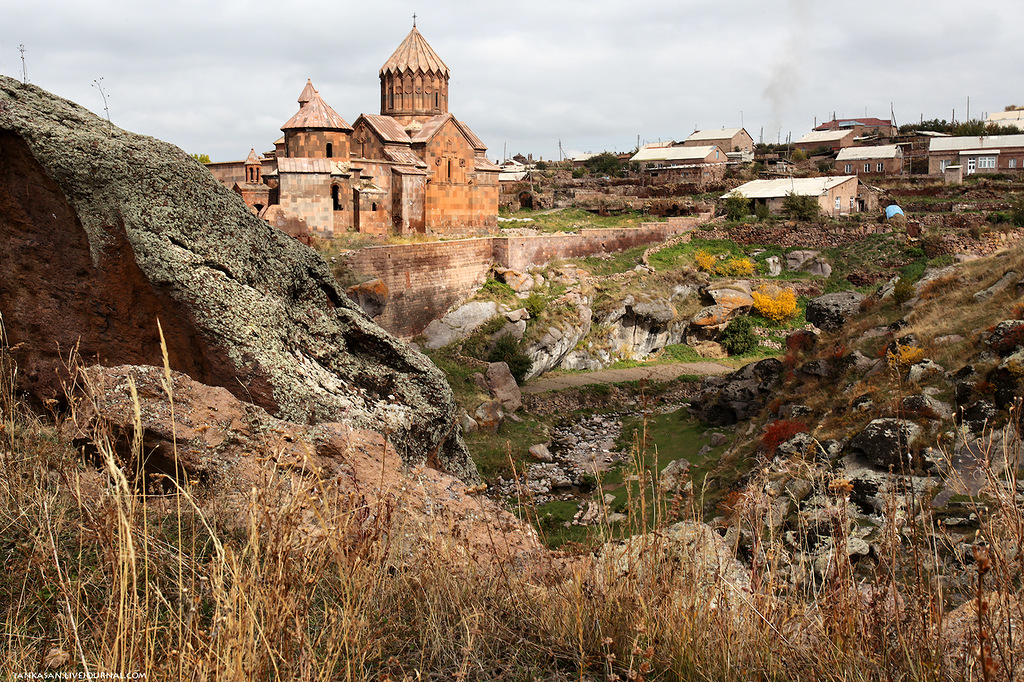 Harich village is situated on a rocky promontory at the foot of the western slope of Mount Aragats, in the homonym village known since the second century AC. Here houses of the Bronze Age have been discovered and ruins of ancient fortifications have been preserved. In the cemetery of the village there are ruins of a small V-century palace and curious tombs of the V-VII with ornate stelae (some are now exhibited in the museum of History of Armenia). The most remarkable monument of the village is the monastery of Harich (Harichavank) founded in the seventh century (when the church of San Gregorio was built), rebuilt in the twelfth century. In the XV-XVI centuries the monastery was almost abandoned before reviving in the nineteenth century it became the summer residence of Catholicism (patriarchs) of Echmiatsin. The monastery is one of the finest architectural monuments of Armenia, is very different and is an excellent example of the architectural school of Ani.